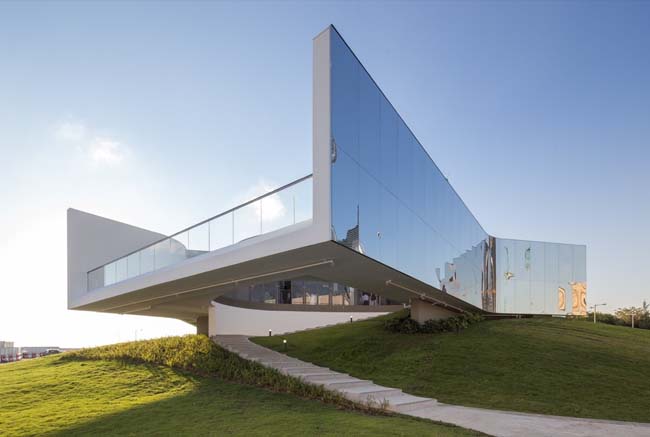 The recent opening of the M+ Pavilion, the first permanent venue for exhibitions and arts events in Hong Kong’s West Kowloon Cultural District, marks a significant milestone in the development of the art hub.

Opened at the beginning of September, with the exhibition ‘Nothing’ by the acclaimed Hong Kong artist Tsang Kin-Wah, the M+ Pavilion will serve as the primary site for M+ exhibitions in the run-up to the completion of the M+ building.

With a complex of theatres and performance spaces, the West Kowloon Cultural District has been planned as a location that will produce and host performances and cultural displays, providing 23 hectares of public open space, including a two kilometre waterfront promenade.

The main 60,000 metre² M+, is being developed as one of the world’s major museums of modern and contemporary visual culture in the world, dedicated to 20th and 21st century art, design, architecture and film from Asia and beyond.

After M+ opens, the the M+ Pavilion will become a new space for artists, designers and organizations to stage independent small-scale exhibitions and events in the Art Park.

Commenting on the development, West Kowloon Cultural District (WKCD) Authority Chairman Carrie Lam stated “although the M+ Pavilion is modest in scale, its completion marks a significant milestone in the development of this major cultural undertaking in Hong Kong.”

The opening of the M+ Pavillion will soon be followed by the opening of the Xiqu Centre in 2018, the Art Park including the Freespace with a black box theatre and an outdoor stage from 2018 in stages, as well as the M+ Building in 2019.

The Lyric Theatre Complex has also entered detailed design stage and is expected to complete in 2020 and open in 2021.

Lam added “WKCD is a long-term strategic investment by the Hong Kong SAR Government to promote the development of art and creative industries, meet the growing cultural needs of the public, attract and nurture artistic talents, and strengthen Hong Kong’s position as an international art and cultural metropolis.

“Such a vision and commitment is something that should make us proud.”