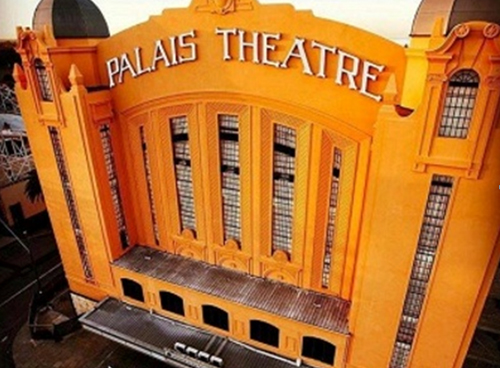 The Palais Theatre reopened in April following completion of phase one of its restoration. This initial stage of a greater restoration project incorporated $20 million investment from the Victorian Government and the City of Port Phillip, and included a major structural renovation of both internal and external building components; as well as repairs and upgrades to the venue’s electrical system and lighting.

Phase two is currently underway and involves Live Nation, the venue’s manager and operator, making a significant investment to breathe life into St Kilda’s beloved live venue. Live Nation’s estimated $6 million will return the building to a showpiece of Melbourne’s Art Deco architecture; as it was when it opened in November 1927.

Mark Graham, General Manager of the Palais Theatre, commented “St Kilda residents have a major stake in this venue as it contributes significantly to the local economy.

“The Palais Theatre brings up to 300,000 visitors to St Kilda every year; many of whom will visit local cafés, restaurants and bars either before or after attending a performance at the venue.”

“We have some pretty ambitious plans for the venue in the short and medium term so we needed a robust, fit-for-purpose booking and venue management system.

“We wanted a booking system that was easy to implement and use now, but also had a range of additional features and options so we could expand the system as the business grows and develops.”

Graham and the team seriously evaluated three leading solutions with Ungerboeck Software identified as the superior platform, as it was best suited to meet their overall needs.

He added “having used the software with a previous organisation, I understood its potential and the capability for us to build on the system over time.”

Fred Lazzerini, Managing Director of Ungerboeck Software International, Asia-Pacific concluded “we are excited about this new partnership and we are looking forward to being a part of the future of the Palais Theatre, helping Live Nation achieve their goals for the venue.”