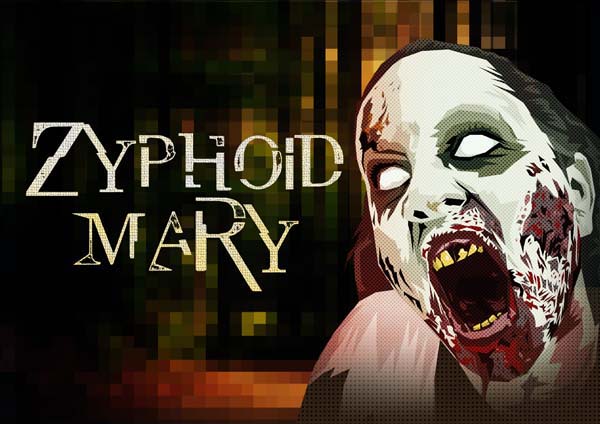 Gold Coast adventure attraction Thunderbird Park will be combining the thrills of laser tag with the fear factor of zombies during for a special event this Friday (8th July).

Laser Skirmish Gold Coast will be combining with Haunted Attractions Australia to produce ‘Zyphoid Mary’, an interactive zombie-killing experience that will see participants armed with laser ‘rifles’ and ‘machine-guns’.

Venturing through a dark rainforest on Thunderbird Park’s five acre site, participant s will be tasked with completing a series of scenarios each harder than the last.

Each participant will carry a custom-made infrared laser tag gun, inspired by video game guns, that will record each player's kills, accuracy and other game statistics.

Throughout the scenario gamers will have the chance for armour and weapon upgrades.

Husband and wife team Peter and Nicole Lander of Battlefield Sports, the inventors of Laser Skirmish have been running live video games at Tamborine for more than 15 years.

Nicole Lander explains oOur bold heroes will be armed with infrared gaming guns, and their mission is to battle through the Dead Zone to an infected Laboratory. During the scenario gamers and attempt to upgrade their infrared weaponry.”

Their infrared battlefield weaponry is award winning and incorporates the patented SATR technology.

The zombies are rigged with infrared sensors so the heroes know when they've got them.

Each hero starts off with a single-shot rifle and if they make it to the way-point they are upgraded to a fully automatic rifle.

This gaming guns records, in real-time, each gamer’s statistics like number of kills, accuracy percentage and more.

The experience is fun and unique to the haunted attraction industry.

Instead of running away from the horror as you do in a typical haunted house, you are the hero, you chase it down.

Lander added “while there is the thrill of playing laser skirmish in the forest, gamers also need tactics and to work together to rid Tamborine of the Zombie scourge.”

The Zyphoid Mary - Zombie Killing Scenario is being held at Thunderbird Park on the Gold Coast from 7pm on Friday 8th July.