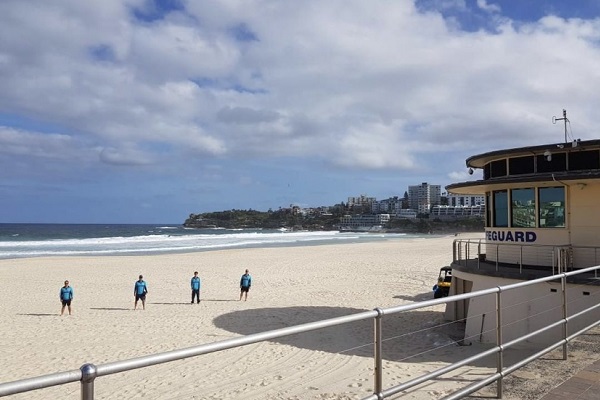 Bondi Beach is one of a number of popular Sydney locations to be closed by the NSW Government in an effort to enforce social distancing measures.

After images emerged on Friday of large numbers of beachgoers on Bondi Beach ignoring social distancing regulations and exceeding the ruling of maximum public gatherings of 500 people in a public place, the NSW Government and Waverley City Council yesterday closed the beach.

As of today, all beaches in Sydney's eastern suburbs are closed after NSW Police Minister David Elliott introduced restrictions on crowds at beaches, in line with national regulations on public gatherings.

Commenting on the action, Minister Elliott stated “it's a significant level of disappointment that we have to move (to) remove people from Bondi Beach.

"We cannot have an area where more than 500 people are gathered."

Waverley Council’s professional lifeguards enforced the ban, which it extended to Tamarama and Bronte beaches.

The Northern Beaches Council on Sunday afternoon also closed Dee Why, Freshwater, Manly, Long Reef and Palm Beach due to the "high number of people gathering in some areas".

Under regulations introduced by the Federal Government to control the spread of Coronavirus, outdoor gatherings of 500 people or more have been banned.

The NSW Government has now given professional lifesavers the ability to close beaches and ask people to move on if a crowd of 500 or more is gathered at the same spot.

Minister Elliot said that if people do not comply, NSW Police will have the powers to make people leave.

He added “this is not something we're doing because we're the fun police... this is about saving lives.

"If the community does not comply with the regulations and the health warnings, this is going to become the new norm.

"We are going to close down the type of activities we've grown to love."

Minister Hunt stated “what happened in Bondi was unacceptable.

"Each of us as individuals, as families, as groups, as councils, as state governments, as a national government has responsibility."