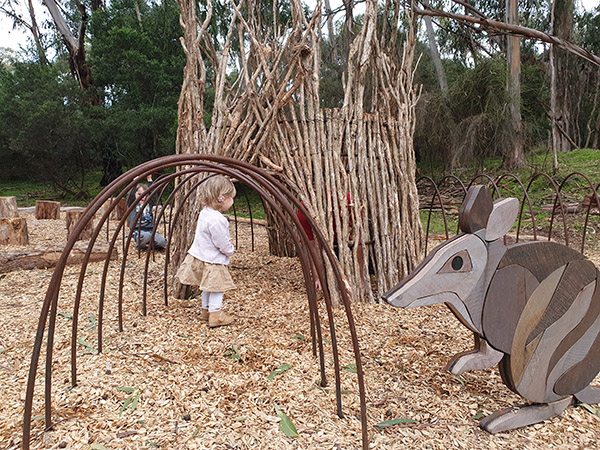 A new nature play area recently opened at Phillip Island’s Koala Conservation Reserve, designed for children to create their own fun and be imaginative as they jump, run, sit, crawl and climb throughout the different areas that showcase some of the island’s native species – an Eastern barred bandicoot burrow, a honeyeater nest and a koala deck.

Recycled timbers were sourced from the plantation at the Koala Conservation Reserve, as well as Churchill Island, to allow for a sustainable and aesthetic design that complemented the surrounding woodland. 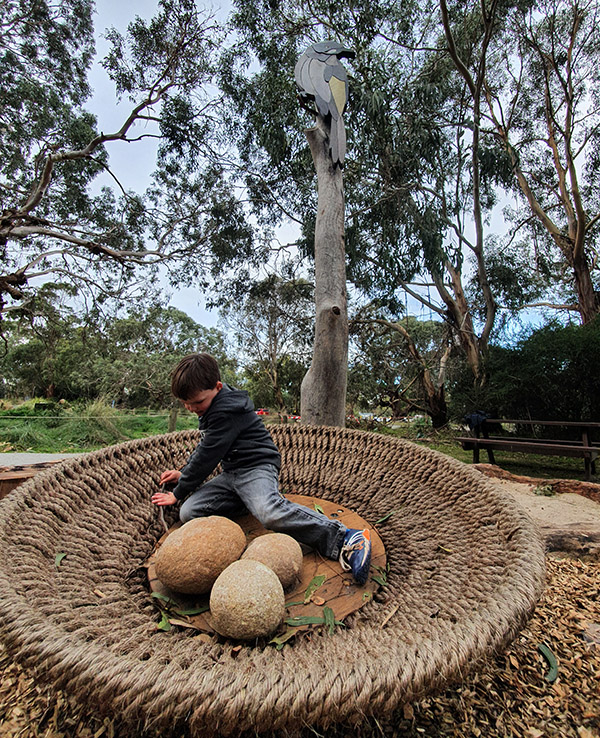 The new nature play area is located at the front of the Koala Conservation Reserve, so paid entry is not required. It’s the perfect place for families to bring along a picnic and spend some time getting back to nature with their children.

Nature will also be a feature of a new mural artwork being created by renowned contemporary artist Jimmy Dvate. Wildlife will be celebrated in this mural that is set to feature native species including a honeyeater, a curlew and more. 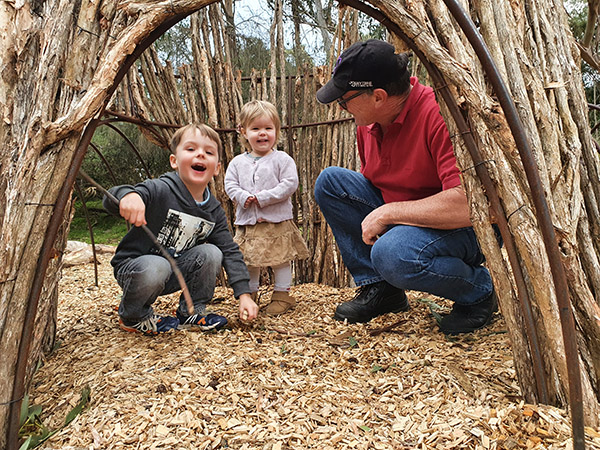 Dvate has previously completed a series of stunning and very popular murals for the Nature Parks including one on the Nobbies visitor centre, and two that adorn the shearing shed at Churchill Island.

Work will be starting on the walls of the old Chisholm centre on Wednesday 30th June, with Dvate expecting the project to take approximately ten days to complete.