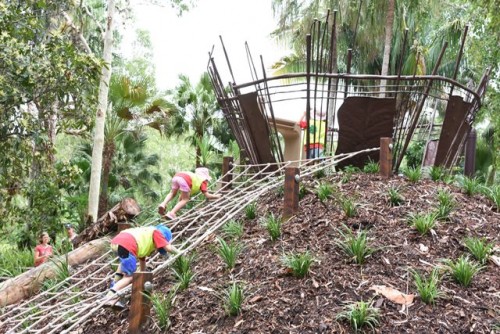 Cairns’ newest playground has been put to the test by dozens of local children, as the Centenary Lakes Nature Play space was officially opened on Wednesday.

Located on Greenslopes Street at Edge Hill, the playground is one of six lifestyle-enhancing projects that have been funded under the first round of the Queensland Government’s Works for Queensland program.

Cairns Mayor Bob Manning, along with Queensland Treasurer Curtis Pitt, officially opened the Nature Play, with Mayor Manning stating “this playground encourages children to interact with nature; to explore and learn about their surroundings.

“There are dinosaur bones to uncover, ropes to climb and play huts to build. It’s a fantastic place for kids to get their hands dirty and let their imaginations run free.” 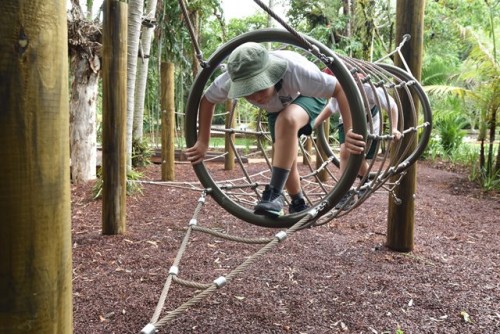 Cairns Regional Council received $15.5 million in funding through Works for Queensland Round 1, with $750,000 directed to the Nature Play project.

Also part of the Works for Queensland program, the Yellow Arrow walking track, Ivan Evans walking track and Babinda Boulders upgrades are due to open to the public on 30 November, weather permitting.

Improvements to the Yorkeys Knob foreshore have already been completed and the Red Arrow walking track will reopen in early December. 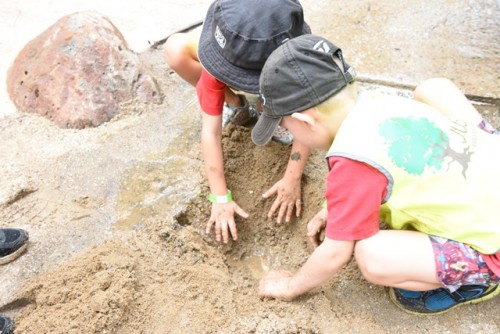 Mayor Manning added “all of these projects make it easier for people to enjoy our natural areas and to engage in a healthy, active lifestyle.

“In particular, there has been a lot of excitement around the addition of the Yellow Arrow track. The new trail head at Aeroglen is finished and there is a new carpark and toilets for convenience.

“The existing tracks have become extremely popular and we hope that the new access point will take some pressure off the Collins Avenue trail head.”

In addition, Council has carried out $10 million worth of footpath, road and drain improvements across the region. 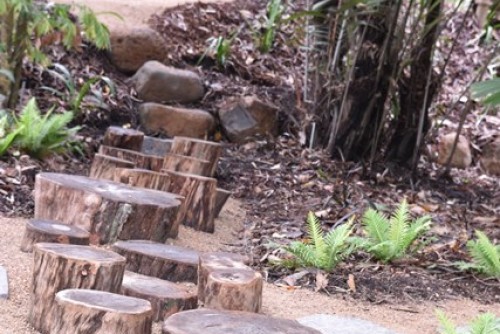 Cairns Regional Council was recently successful in gaining a further $15 million in funding through Round 2 of Works for Queensland and is currently in the planning stages of several projects.

Yorkeys Knob Esplanade
Implementation of the foreshore improvement plan, including a new toilet block and storage area, turf and landscaping, tree decking, picnic and barbecue facilities and improved parking. A nature play space at the southern end of Sims Esplanade and a level area created for kite surfing, sporting and community events opposite the Wattle St and Sims Esplanade intersection.