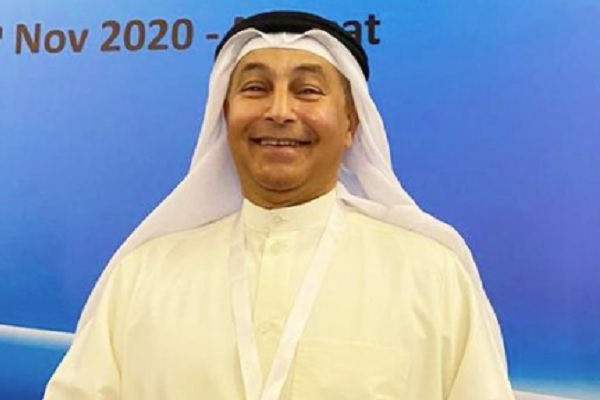 Husain Al-Musallam of Kuwait has been elected to replace Julio Maglione as President of aquatic sports’ world governing body FINA.

Al-Musallam stood unopposed as a new Bureau for the period spanning 2021 to 2025 was elected at the FINA General Congress held in Qatar on Saturday last weekend, receiving backing to become Asia and the Arab World’s first President of the governing body at the Asian Swimming Federation (AASF) General Congress back in November.

A former national level swimmer, Al-Musallam joined the FINA Bureau for the first time in 1996, subsequently serving as First Vice-President, a role that will now be taken up by South Africa’s Sam Ramsamy.

In his acceptance speech at the end of the Congress, Al-Musallam, who is also Director General and Technical Director of the Olympic Council of Asia, advised “today is the start of an exciting new journey for the aquatic sports family together, but for me it is also the culmination of a lifetime’s voyage that has brought me to this moment, and the honour of being elected your President.”

Immediately after his election, Al-Musallam led a short meeting of the new FINA Bureau, with one of the first decisions being the nomination of a new Executive Director, Brent Nowicki. The American official replaces Romania’s Cornel Mărculescu, who in March announced his resignation after 35 years in the role.

In other decisions, the FINA Bureau approved a rise in prize money for athletes in 2021 to $2.4 million. Approval was granted for the creation of a Reform Committee, presided by François Carrard, and respective sub-committees. Carrard, a prominent sports lawyer and former Director General of the International Olympic Committee, in November 2019 was enlisted to aid the reform efforts at the International Boxing Association (Aiba).

Al-Musallam stated that his priorities as President include a reduction of administration expenditure, additional financial support to national federations, and priority to athletes, advising “I am proud that Fina is the first International Federation to introduce a by-law that protects athletes’ rights. I am proud that 16 members of the new FINA Bureau are athletes who have competed in the Olympic Games, World or Continental Championships.

“I am proud that for the first time the FINA Executive has a female Vice-President (China’s Zhou Jihong), a great diving champion. Starting at next year’s World Championships in Fukuoka, 20 active athletes will be elected to the Athletes Committee by the athletes themselves. Fina will be the first International Federation to organise democratic elections for active athletes.”

Speaking if the governing body’s finances, Al-Musallam added “I will lead by example, and today I make this promise - I will take no payment, either through salary or other compensation, for any of my work with FINA.

“All those of us who have the privilege of playing a role in FINA’s administration need to play our part. I plan to reduce per diems for Bureau members by half. In the end we all will be beneficiaries, as we will see the sport that we love continue to grow and flourish.”

Outgoing President Maglione had been in the role since 2009 having first become FINA Vice President back in 1988.