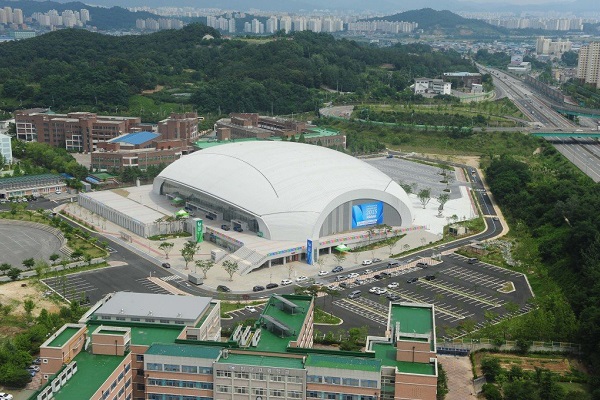 With the largest ever World Aquatics Championships less than a month away, the South Korean city of Gwangju is approaching the completion of its tournament overlay for the two-week event.

Set to be held from Friday 12th to Sunday 28th July, the 18th edition of world swimming governing body FINA’s world championships are being staged across six venues.

Being staged across one permanent and five pop-up venues in Gwangju and the nearby city of Yeosu, Gwangju's Nambu University is the site of two of the Championships major venues.

With a capacity for 16,000 spectators, the Nambu University International Aquatics Centre, first used for the 28th Summer Universiade in 2015 and the Championships’ only permanent venue, will host the main swimming events in its 50 metre pool.

The venue is also the first in Korea to adopt a state-of-the-art operation automation system to provide the best water quality for the athletes. 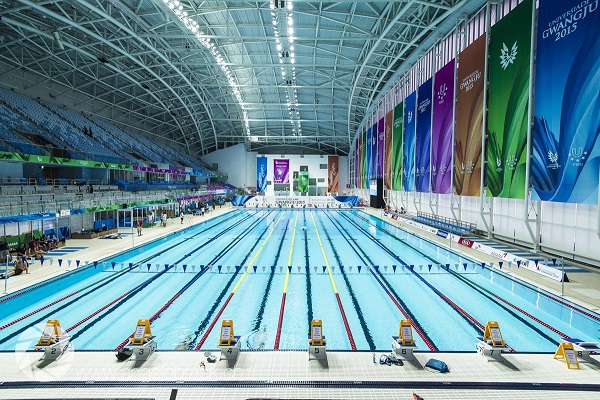 Myrtha are also supplying the temporary pools technology for the 6 metre deep high diving pool being built on the Chosun University Football Field in Gwangju and at the Yeomju Gymnasium where a 30 metre x 20 metre pool will host the artistic swimming competition with a 20 metre x 15 metre warm-up pool.

In addition, the athletes village consists of 25 high-rise buildings that will accommodate some 6,000 participants and officials.

With FINA executives set to inspect the venues as of next week, a local official told media this week “almost 96.5% (of venue preparations are done) and the rest will be finished before FINA facility inspectors arrive on 20th June. But if there are some additional requirements or incomplete construction, we will fulfil those checklists accordingly before the start of the Championships."

With the temporary structure at the Nambu University Football Field, the official advised “previously, there was a football field. As agreed with the university, we tried to focus on how to not dig up the land and not create any waste during the construction process. And after the Competition ends, the football field will be restored just like it was before.”

Images: The Nambu University International Aquatics Centre (top) and the venue in use during the 28th Summer Universiade in 2015 (below).