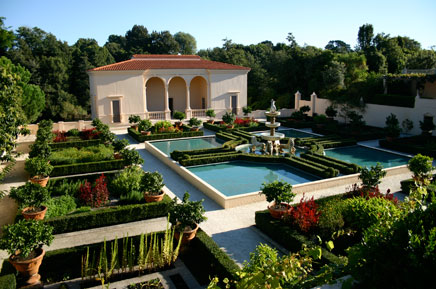 The role of Hamilton Gardens as an internationally significant visitor attraction has been recognised by the World Garden Tourism Council (WGTC).

The Gardens have been nominated for the WGTC’s International Garden of the Year by Council committee member Dr Richard Benfield who – after visiting the Gardens in 2013 - reported that the Gardens’ concept of telling the Story of Gardens is both unique in the world and visually spectacular.

In a submission, Dr Benfield, who is a member of the International Garden Tourism Awards jury, wrote “the concept is, by far, the most exciting I have seen in my 20 year career as a researcher in the field of garden tourism.”

With previous winners of the award including the Singapore Botanic Garden, which is currently applying for UNESCO World Heritage Status, and the Gardens of Trauttmansdorff Castle in Merano, Italy, Hamilton Mayor Julie Hardaker stated “for our gardens to be nominated for such an internationally-recognised award really does confirm what we’ve known all along – Hamilton Gardens is a world-class success story.

“This nomination endorses the direction and vision of the Hamilton Gardens Strategic Plan to create one of the world’s great gardens and deliver associated benefits to the city.”

The aspirational Strategic Plan for Hamilton Gardens was approved by Council in September 2013. A targeted rate to fast-track development for five more gardens within four years was adopted in the 2014/15 Annual Plan.

The additional gardens, and associated visitor facilities, will cost $7 million with consultant Horwath HTL estimates this investment will be recouped within three years through increased economic benefits to the region.

The annual award is presented to gardens that have distinguished themselves in the development and promotion of the garden experience as a tourism attraction. The winner will be selected by a jury of international garden and tourism representatives, and announced at the Garden Tourism Conference in Toronto, Canada in March 2015.

Hamilton Gardens is the most visited attraction in the Waikato – with approximately one million visitors each year.

For more information go to www.hamiltongardens.co.nz