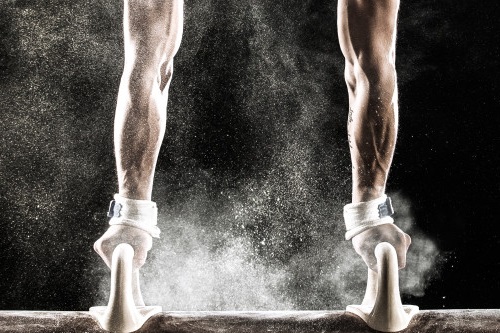 A lawyer representing a group of 40 past and present Australian gymnasts has warned that "a spectrum" of abuse allegations will emerge from an independent review into Gymnastics Australia to be conducted by the Human Rights Commission (HRC).

Gymnastics Australia engaged the HRC last month after the airing of Athlete A, an American documentary on widespread sexual abuse in the sport, saw dozens of Australian gymnasts take to social media with their own allegations of abuse.

Lawyer Adair Donaldson today told ABC’s The Ticket that the gymnasts he is representing want significant changes with the sport so that future gymnast next are not left with the same psychological burden as those who came before.

Donaldson told The Ticket “there has been a dreadful culture that has existed in Gymnastics Australia.

"What these incredible women are hoping to achieve is to bring about changes so that the future athletes are going to be safe and that they're going to be in a position where they don't have to experience the same trauma that the previous athletes have."

The Australian athletes' allegations that have appeared publicly are centred on physical, mental and emotional abuse, unlike the dominance of sexual abuse in the US.

However, Donaldson advised “but that's not to say that there aren't going to be disclosures in relation to sexual harassment, sexual assault and physical assaults.

"I think what you're going to see quite commonly is a spectrum of complaints which is going to come out as a result of the toxic culture of 'results at any cost' with almost no regard for the safety of these children.

Donaldson referred to examples of "extreme and punishing training requirements" as well as "being banned from crying with the threat of losing scholarships" and "children fearing puberty because of the expectation of coaches".

He added "you would think that as grown adults, when these athletes look back on their time and what they achieved as a child, that they'd have great pride.

"But what we're finding is they're looking back and thinking, 'Gee, how did I survive that?'"

Gymnastics inquiries have also been established in countries such as the UK, Belgium and the Netherlands.

In 2019, the International Gymnastics Federation became so concerned about abuse allegations it allocated a 2 million Swiss franc (US$3 million) endowment to establish the independent Gymnastics Ethics Foundation.

Based in Switzerland, its Director Alex McLin says the organisation is not yet widely known but has already handled 50 cases.

McLin told The Ticket “what that's allowed us to determine is the issue of 'harsh coaching' is a cultural issue within the sport and it really is present on all five continents.

"There is a systemic issue that needs to be addressed within the sport regardless of 'where'."