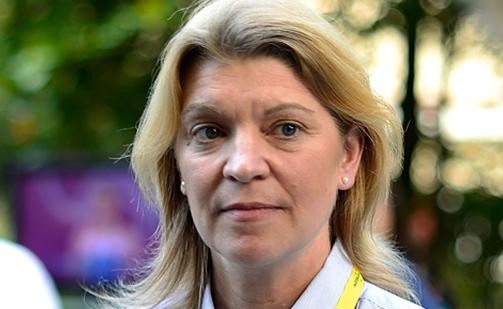 Gymnastics Australia has announced the appointment of Kitty Chiller as its new Chief Executive.

Announcing the appointment, Gymnastics Australia President Sam McKay stated “Chiller’s experience and proven leadership as an executive with the Australian Sports Commission and as the Chef de Mission with the AOC, demonstrated to the Board that she is the best person to lead the growth of gymnastics into the future.

“This is an exciting time for gymnastics in Australia and Kitty will be a passionate advocate, working to grow participation and give our athletes the best chance to reach their full potential. Kitty has unique insights of the Australian and International high performance structures, and what is required to enable a highly successful and engaging environment for our athletes, coaches, officials and the entire gymnastics family.

“Kitty’s expertise will complement a strong and aligned Gymnastics Australia Board, and high quality leadership at a state level.”

In accepting the role, an excited Chiller, a former gymnast herself, commented “gymnastics has so much to offer from providing foundation and fundamental movement skills to people of all ages right through to the elite competitive arena at the Olympic and Commonwealth Games.

“There is huge opportunity for the sport to have a real impact on all Australians and I very much look forward to leading the team to deliver on and maximise this potential.”

“As an athlete, gymnastics was my first competitive sport so it feels like I am coming home – both to the sport, and to Melbourne, where I grew up but have not lived for over a decade.”

Chiller added that she believes Gymnastics Australia is in a good position with some recent senior appointments to complement an already skilled and dedicated executive team and staff.

She added “emphasising the current strength and future direction of Gymnastics Australia includes the appointment of a world class Women’s Artistic Gymnastics (WAG) coach, a new strategic plan, a comprehensive High Performance review, and continued growth within the Oceania region and in the Sporting Schools program.

“Athlete, club and technical membership continues to grow providing a great base for the sport. I look forward to working with the teams at national, state and club level to maximise the potential of the sport and of the organisation.”

“Results on the world stage have been on the decline in recent years and it was disappointing to not have a WAG team at last year’s Rio Olympics. However, with the recent appointment of an outstanding WAG coach, a strong coaching and judging platform and the implementation of the High Performance review recommendations, I look forward to seeing our gymnasts excel at next year’s Commonwealth Games on the Gold Coast, and build towards full representation at the Tokyo 2020 Olympic Games.”