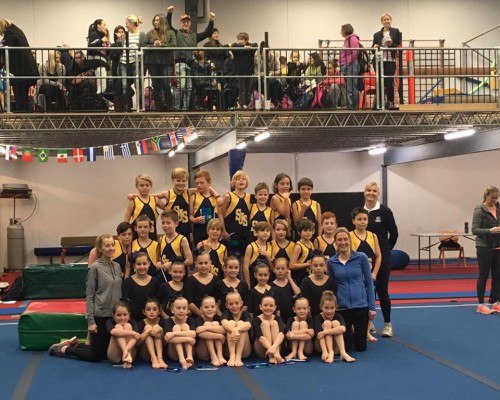 Gymnastics in Victoria is thriving and is currently the fastest growing major-participation sport in the State, with over 700,000 participants recorded at clubs at the end of 2016.

Over the past four years, the number of registered gymnastics participants has increased by 52% and is on track to top 60,000 members in 2017.

Also recording steady growth has been the number of gymnastics clubs around Victoria with a 22.5% increase culminating in the current number of 130 registered clubs.

To accommodate the growing demand for Gymnastics across Victoria the coaching and judging workforce has increased by 64% from 1,100 in 2012 to 1,814 at the end of 2016.

CERM PI® data also showed that revenue of $798/metre² was generated annually in gymnastics, which is 70% to 80% higher than identified for indoor facilities and netball/basketball centre visitation data surveys.

This highlights that gymnastics is one of the most efficient users of program space, and it pays its own way once facilities are built. This ultimately indicates that Gymnastics provides a greater return than any other sport.

Gymnastics Victoria Chief Executive Jamie Parsons is particularly proud of the growth of Gymnastics in Victoria over the past four years, stating “it’s great to see such strong growth in Gymnastics across Victoria, especially when there is so much competition from other sports.”

Gymnastics Victoria expects that participation in gymnastics will continue to grow with updated facilities and program space.