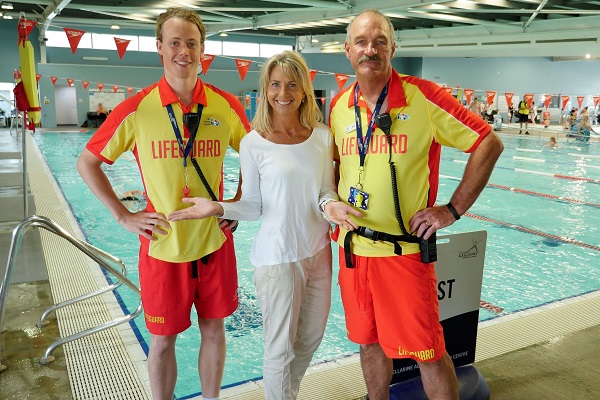 The City of Greater Geelong has stepped up its water safety measures for summer, embracing a number of recommendations from Life Saving Victoria, including more training for lifeguards, new uniforms and identification wristbands for young swimmers.

It comes after more than two million people accessed the council's aquatic centres in the 2018/19 financial year.

This season there are more than 190 lifeguards working across Geelong's six community pools, including Leisurelink, which was awarded a Royal Life Saving Australia national aquatic safety award in 2018.

The lifeguard apparel at each facility are easily recognisable red and yellow uniforms, like those worn by lifesavers at Australian beaches.

To help with increased supervision efforts, the City has adopted the Watch Around Water program.

The educational initiative, developed by LIWA Aquatics and Royal Life Saving - WA and adopted by Life Saving Victoria in 2011, encourages parents or guardians to remain within arm’s reach of children under five.

In addition, children aged between five and nine must wear a yellow wristband issued from reception staff.

Article amended 7.35am 10th January to include Royal Life Saving - WA and LIWA Aquatics' development of Watch Around Water.

30th May 2018 - Geelong Council plans to phase out soft drinks at aquatic, recreation and sport centres