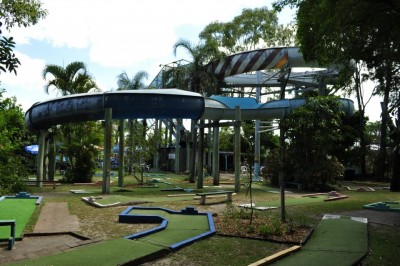 The waterslide is now closed until the owner of the land replaces all of the stairs, handrails, steel and timber components of the structures.

However Nava, who took over managing the business in December last year, said hundreds of thousands of dollars would need to be injected to replace the timber slide structure and, in a report in the Fraser Coast Chronicle, questioned how the Council could shut down his business after two inspections, claiming a council officer spent only minutes touring his facility to determine it was unsafe.

Nava said events at the attraction had been cancelled functions, adding “there's five staff out of work ... I've estimated about $5,000 will be lost."

"This is not about shutting down business, this is a safety concern."

Councillor Taylor said the investigation was launched after community members commented on the safety of the structure.