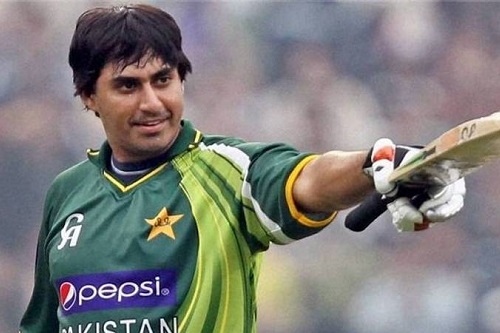 Former Pakistan batsman Nasir Jamshed has been banned from cricket for 10 years for his part in the spot-fixing scandal that marred the 2017 Pakistan Super League.

The 28-year-old, who played in 48 one-day internationals and two Test matches, had already been given a one-year ban for his failure to co-operate with an investigation into the issue.

With six Pakistani players having been given bans of varying lengths, the Pakistan Cricket Board (PCB) said Jamshed (pictured) was the "lynchpin" in the scandal.

Commenting on the ban, PCB legal adviser Taffazul Rizvi advised “the tribunal has reached the verdict that the PCB's multiple charges against Nasir Jamshed have been proved and he was banned for 10 years."

Jamshed's last international appearance came in March 2015 in an one day international against United Arab Emirates at that year's Cricket World Cup, while he has not appeared in domestic cricket since December 2016.