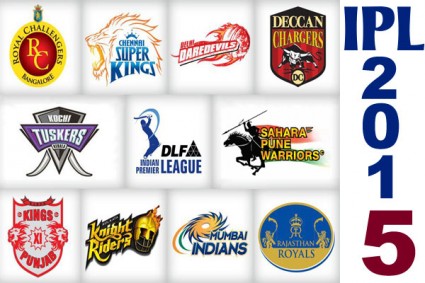 Chennai Super Kings and Rajasthan Royals have been found guilty in an illegal betting and match-fixing probe.

The panel also suspended Royals co-owner Raj Kundra and Gurunath Meiyappan of Super Kings from all cricket-related activities for life.

The IPL is the richest of the world's Twenty20 cricket leagues.

Top Indian and international players take part each spring. Chennai Super Kings are led by India skipper MS Dhoni, while the Royals are led by the NSW batsman Steve Smith.

Chennai have reached four finals, winning in 2010 and 2011. The Royals won the inaugural tournament in 2008.

The three-member panel made the recommendations, which are binding, on Tuesday (14th July). It said the suspension of the two teams was to protect "the integrity of the game".

Correspondents say the developments will come as a blow to the eight-team league and raise questions about how the Indian cricket board, which runs the tournament, will find replacements to fill the two empty places.

Failure to find replacements would lead to considerable loss of revenues for the league which is already struggling with its credibility.

Former Indian Chief Justice Rajendra Lodha, who headed the panel stated "disrepute has been brought to cricket, the BCCI (Board Of Control For Cricket In India)and the IPL to such an extent that there are doubts abound in the public whether the game is clean or not.”

Lodha added that the panel's decision could be challenged in court, but he expected it would stand.

The panel was formed in January following an investigation by a separate committee into wrongdoing in the 2013 tournament.

Test bowler Shanthakumaran Sreesanth and his former Rajasthan Royals team-mate Ankeet Chavan were banned for life by the BCCI after being arrested in May 2013 on suspicion of taking money to concede a minimum number of runs.

Srinivasan, who has been banned from holding any post in the BCCI, which he headed for three years from 2011, has a stake in Chennai Super Kings.

Since its creation in 2008, the IPL has been beset by a series of corruption scandals but remains hugely popular in India and is a key revenue earner in global cricket.