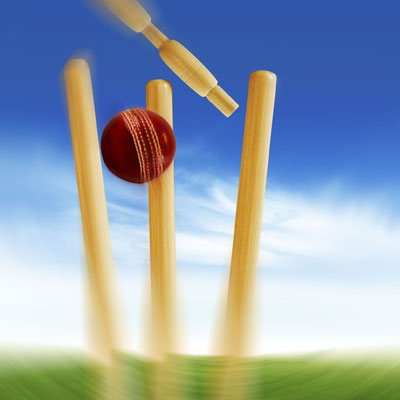 Pakistan cricketers Salman Butt and Mohammad Asif have been found guilty of their part in a 'spot-fixing' scam after a trial at Southwark Crown Court in the United Kingdom.

Former captain Butt, 27, and fast bowler Asif, 28, were both found guilty of conspiracy to cheat and conspiracy to accept corrupt payments.

The pair were found guilty plotted to deliberately bowl no-balls during a Lord's Test match against England last year.

Another bowler, Mohammad Amir, admitted the charges prior to the trial.

The guilty pleas by the bowler, who was 18 when the scam took place, could not be reported before while the jury in the case was not told of these pleas.

A statement was read out by Amir's lawyer at the start of the trial, before any evidence had been heard stated "Mohammad Amir accepts full responsibility for deliberately bowling two no-balls and, in due course, you will hear how this vulnerable 18-year-old boy was subjected to extreme pressure from those on whom he should have been able to rely.

"He recognises the damage his actions have caused Pakistan cricket."

Spot-fixing/betting involves gamblers staking money on the minutiae of sporting encounters such as the exact timing of the first throw-in during a football match or, as in this case, when a no-ball will be bowled.

All three are now facing the prospect of jail terms. Convictions for conspiracy to accept corrupt payments carries a maximum prison term of seven years.

The trio were charged after a UK tabloid newspaper alleged they took bribes to bowl deliberate no-balls.

The court heard the players, along with fast bowler Amir, conspired with UK-based sports agent Mazhar Majeed, 36, to fix parts of the Lord's Test last August.

Three intentional no-balls were delivered during the match between Pakistan and England from 26th to 29th August last year.

Prosecutors said Butt and Asif had been motivated by greed to "contaminate" a match watched by millions of people and "betray" their team, the Pakistan Cricket Board and the sport itself.
Aftab Jafferjee QC, for the prosecution, said the case "revealed a depressing tale of rampant corruption at the heart of international cricket".

Following the verdicts, International Cricket Council Chief Executive Haroon Lorgat issued a statement which read "we hope that this verdict is seen as a further warning to any individual who might, for whatever reason, be tempted to engage in corrupt activity within our sport."

Lorgat added that the ICC had a zero-tolerance attitude towards corruption and would use everything within its power to ensure that any suggestion of corrupt activity within cricket was "comprehensively investigated and, where appropriate, robustly prosecuted".

Former Pakistan cricket captain Asif Iqbal told the BBC it was a "sad day for cricket" and said the case would send out a "huge message" while a BBC correspondent added that the case "raises serious questions about the integrity of Test cricket".

The four-week long trial was followed closely in Pakistan, were conspiracy theories have been aired, one commentator stating "the West just wants to destroy the image of Pakistan."