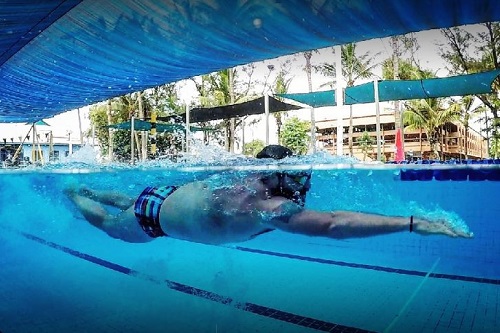 The Town of Port Hedland has advised that following a “catastrophic failure” of the filtration system at the Gratwick Aquatic Centre during pressure testing last month, the facility is likely to be closed for up to a year.

Explaining that the Council has approved urgent additional repairs to two failed pressure filters at the Centre, Town of Port Hedland Mayor Camilo Blanco said he understood the projected reopening next year was ‘frustrating’ for the public.

Mayor Blanco stated “taking into consideration the timeframe around the manufacturing and installation of the filters, and further testing, the projected reopening of GAC is October 2019.

“With this approval, the Town can now proceed with all outstanding works to ensure the facility, once reopened, complies fully with the WA Department of Health’s standards.

“I understand how frustrating this has been for community members - GAC is a valued community asset used by sporting groups and families in Hedland.

Following the failure, an independent analysis was conducted of GAC’s infrastructure, to determine the appropriate course of action and to ensure the facility’s long term viability.

Mayor Blanco added “I thank the community for their patience and encourage people to enjoy the programs on offer at the South Hedland Aquatic Centre.”