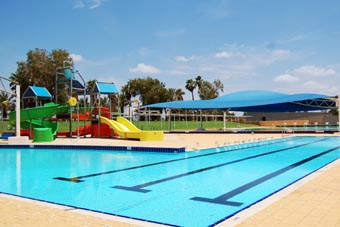 Over year after its completion, the Town of Port Hedland has celebrated the official reopening of the South Hedland Aquatic Centre (SHAC).

Western Australian Regional Development Minister Terry Redman attended the event which included a civic ceremony to officially reopen the facility and mark the completion of its $11.3 million redevelopment. 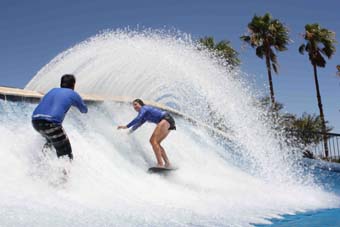 Commenting on the official opening of the facility, Port Hedland Mayor Kelly Howlett said the day was a great success, with community and stakeholders enjoying all the facility had to offer.

Mayor Howlett stated "the Community Open Day was all about recognising the contribution by our project partners towards the South Hedland Aquatic Centre redevelopment and demonstrating the range of activities and services available to the community as a benefit of the redevelopment.

"Council implemented a $1 entry fee for young people aged 16 years and under at the beginning of this financial year and this has seen a significant increase in the number of residents using the facility."

Completed in January 2013, the opening was delayed until June last year by Cyclone Rusty, the after effects of which led to water contamination, and by difficulties in recruiting staff.

The SHAC redevelopment was the cover story in the January/February 2013 issue of Australasian Leisure Management.