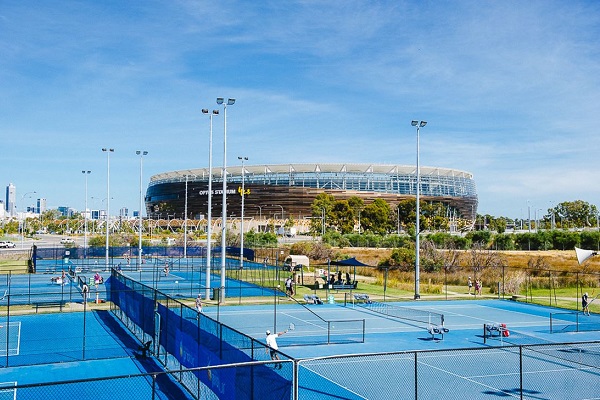 Australia’s hosting of the Fed Cup Final in Perth this weekend has highlighted the substandard state of tennis facilities in the city.

Australia’s team, led by Ash Barty and Sam Stosur, will be hoping to secure Australia’s first title in 45 years when they take on France at Perth’s RAC Arena on Saturday 9th and Sunday 10th November.

However, the arrival of both teams during days of rain in Perth has revealed that the city has no indoor facility for them to prepare.

In addition, the State Tennis Centre, built on an old landfill site close to the new Optus Stadium in Burswood is suffering subsidence issues and is slowly sinking.

Some parts of the Centre have dropped by as much as half a metre, and just two of the 13 courts now meet International Tennis Federation (ITF) compliance.

There is also no indoor facility, something that has proved frustrating for the French team that is unable to practice as the RAC Arena is currently only being set up for the event.

Tennis West Chief Executive Michael Roberts said the facilities in the state had become substandard, telling the ABC “it is a bit embarrassing when you have the final of the Fed Cup here and the French are sitting in their hotel rooms because they can't get out on court and have a hit.

"We are very fortunate that we have Perth Arena here, that is one of the best facilities used for tennis but in terms of state training facilities we have the worst in Australia, so there is a bit of chasm there we need to fix."

Lack of facilities is also impacting junior development as evidenced by none of the last 11 junior ITF tournaments played in Australia over the past year having been hosted in Western Australia.

The Western Australian Government feels that Tennis West needs to quickly work out what it wanted to do, and stop hampering the progress of the sport through indecision. 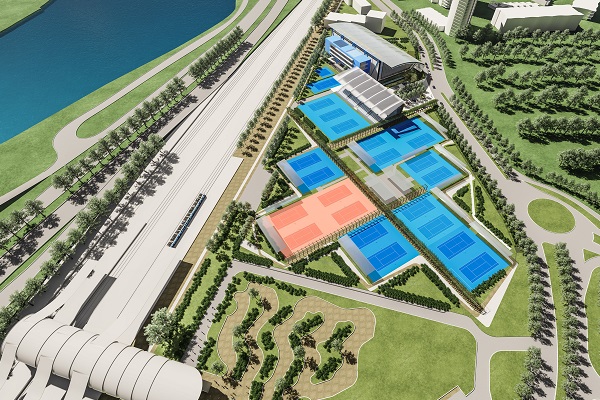 Western Australian Sport Minister Mick Murray told the ABC “until it reaches a consensus on a project scope and location, (we) can only continue to put options on the table.

"Tennis West needs to be more realistic about the options they have and get on with the job of developing the sport in WA.

"Until the internal disagreements about the State Tennis Centre are resolved, the body is not able to properly support the sport."

Tennis West’s latest board meeting is understood to have provided some clarity on the future of a new facility, after a potential move to another inner-city location in North Perth was shut down by nearby residents.

After a reshuffle at board level over the last week, Tennis West said it would prepare a business case for the Western Australian Government, and hoped to have a clear understanding of what was required within the next month.

Development of a new facility is expected to require funding from the Federal and Western Australin Governments as well as Tennis Australia.

Australasian Leisure Management understands that a first installation of a GreenSet surface in Australia will be the court for the weekend’s competition.

Images: Western Australia's State Tennis Centre, overshadowed by the new Optus Stadium (top) and a concept for its upgrade (below).