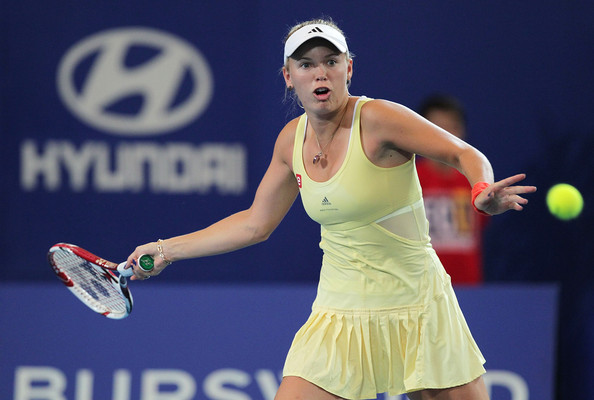 Fears that Perth's Hopman Cup tennis tournament would be downgraded following its takeover by Tennis Australia in March of this year appear to have been realised with claims that top women tennis players have not been approached to participate in the event.

Meanwhile, organisers of the Brisbane International tennis tournament, being held in the same week, have announced that eight of the world's top 10 women tennis players are confirmed for the event.

Fears that the Hopman Cup would be downgraded were raised earlier this year by then tournament director Paul McNamee as the International Tennis Federation (ITF) reviewed its management role of the event.

With both events catering for men and women and considered key lead-up tournaments to the Australian Open, media outlets in Western Australia suggested that in its successful bid to run the Hopman Cup, Tennis Australia (TA), which give priority to its existing Brisbane International event.

At the time, Western Australian WA Tourism Minister Kim Hames stated "we're not confident that they (TA) would give it a better shot than the Brisbane event."

Subsequently, Brisbane International backer Events Queensland has invested in upgrading the event to a Women's Tennis Association (WTA) Premier Event while, in recent days, media reports have seen the managers of former world No.1 and current world No.10 Caroline Wozniacki of Denmark and

German world No.5 Angelique Kerber claimed that their players were not approached to play in the Hopman Cup

In the case of Kerber - this year's Copenhagen and Paris champion - the women's spot on the German team was filled by world No.126 Andrea Petkovic.

John Tobias, manager of Wozniacki (pictured) who headlined the 2012 Hopman Cup, said the Dane was keen to return to Perth, but had not been invited and would instead join the long list of elite women bound for Brisbane.

Tobias told Perth Now, "Caroline would have loved to return to Perth for the Hopman Cup.

"She really enjoyed her experience this past event. She was simply not invited back by the new event organisers. I was surprised as Caroline very much wanted to return."

However, TA denied the allegations with Event Director Steve Ayles saying the body had made several unsuccessful attempts to attract top 10 women to Perth, stating "we will always approach the top-10 males and females and it is absolutely our desire to make the field as strong as possible and that includes top-10 women."

The Western Australian Government, a major backer of the Hopman Cup is publicly unconcerned about the lack of top 10 women players, with Tourism WA Chief Executive Stephanie Buckland telling Perth Now that the sponsor was "very happy with the quality of the field."

Meanwhile in Queensland, Tournament Director Cameron Pearson is delighted to be welcoming the world's top women tennis stars to the Brisbane International, stating "the women's field is spectacular, it's the strongest ever seen in Queensland with eight of the top 10 women set to start their 2013 season in Brisbane.

"The strength of this field really says a lot about the calibre of the tournament."

Backed by Hyundai and supported by EventscorpWA, the Hopman Cup takes place at the new Perth Arena from from 29th December 2012 to 5th January 2013.

The Brisbane International 2013, presented by Suncorp and supported by Events Queensland, will take place at the Queensland Tennis Centre, Brisbane, from 30th December 2012 to 6th January 2013.

19th May 2011 - BRISBANE IN THE WORLD TENNIS SPOTLIGHT