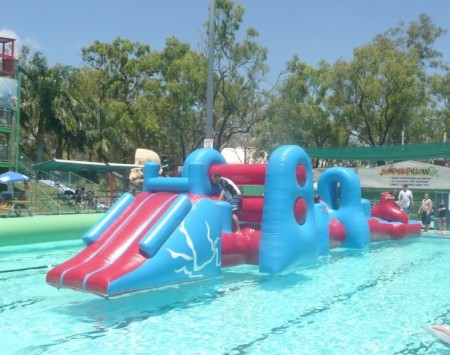 Queensland Coroner Annette Hennessy has made extensive recommendations at the coronial inquest into the drowning of a nine-year-old boy at Rockhampton's The Rockpool Water Park in January 2007.

The Coroner made 16 recommendations designed to help prevent further tragedies at The Rockpool and in swimming pools around Australia.

Speaking last week at the Rockhampton Coroner's Court, Coroner Hennessy concluded that the boy, drowned after falling off an inflatable device called the rocket.

Coroner Hennessy blamed inadequate supervision by adults, the lifeguard operating the rocket, the pool operator and the boy's lack of swimming ability as contributing to the boy's death.

Coroner Hennessy said she would like to see a public campaign reminding parents and guardians of the importance of watching their children; and that Workplace Health and Safety should implement a safety alert system to protect and alert the public and pool operators to such an incident.

Coroner Hennessy also acknowledged that since the tragedy The Rockpool Water Park had taken significant measures to improve safety and their practices.

The boy's father agreed with the Coroner's findings but also called for swimming lessons to be mandatory at all public schools.

When the boy drowned he had limited swimming ability, something his parents told Rockhampton newspaper The Morning Bulletin that he should have learned at school.

The father (whose name cannot be revealed because of a suppression order made during the initial inquest in July last year wherein the boy and his family cannot be identified due to some siblings being in the care of child safety) added "it's over but itâs not over because there will still be more drowning.

"I don't want to see another child drown something needs to come of my son's death."

Outside of the court, the father added "every swimming pool in Australia should know about the death - they may have a similar inflatable or might be thinking of purchasing one in the future."

Image of the The Rockpool Water Park, Rockhampton used for illustrative purposes only.