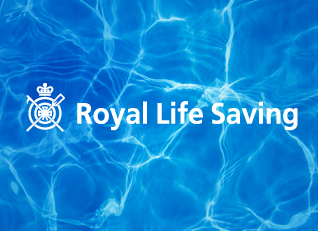 A horror year in which 302 Australians drowned has prompted urgent calls from the Royal Life Saving Society Australia for increased parental awareness, a greater emphasis on swimming and water safety education, and extreme caution when swimming in rivers, lakes and dams to halt the rising death toll.

In the 12 months to 30th June, the 2009 National Drowning Report shows that 41 more people drowned than in the previous year, raising the total number of drowning deaths by 16% on last year's figures. Almost all age groups recorded an increase in the number of deaths against the five year average.

"The Australian Government is working in partnership with Australia's outstanding water safety bodies including Royal Life Saving Society Australia to do just that.

"By working together I believe that we can make a real difference around water safety in this country."

Royal Life Saving Society Australia (RLSSA) Chief Executive Rob Bradley said the statistics were a wakeup call to all Australians about the need for water safety skills at both ends ofthe life cycle.

"Looking at the statistics for this year, there are two key groups we are very worried about: children aged 0 to 17 years old and Australians aged over 55 years.

"The message just doesn't seem to be getting through to pool owners that it is vital to check and maintain pool fences all year round to protect children under five years old from drowning in backyard pools.

"This year almost 60% of children under five who drowned lost their lives in a backyard swimming pool.

"To clarify what pool owners should be checking, as part of the Keep Watch program we have a free home pool safety checklist.

"In older children aged between five and 14, more than half of all drowning deaths occurred in rivers and almost 75% of those who died were boys.

"Once children are aged over 15 we see a big jump in drowning deaths which we believe is attributable to the collision of two factors: the fact that water safety skills haven't been drilled into them earlier and the sharp decline in direct supervision as children become more independent.

"At the other end of the age spectrum, 31% of all drowning deaths were in the 55 and older age category. Swimming and water sports generally aren't like riding a bike. (Older Australians) need to refresh their skills and keep check of how their bodies are changing so they don't find themselves in trouble."

Bradley also stressed the importance of Australians learning CPR and doing regular refresher courses every year to ensure they have the skills to save a life.

State and Territory Royal Life Saving offices can be contacted on 1300 737 763, www.royallifesaving.com.au