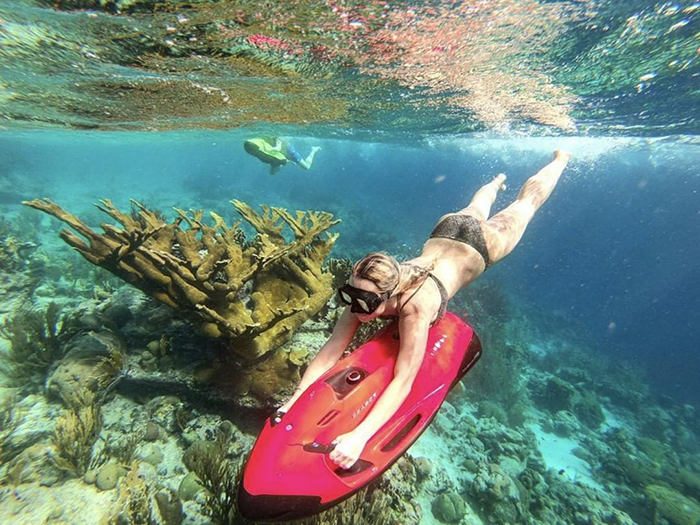 Eight new recreational businesses have been launched by Tourism Minister Paul Papalia to diversify the tourism offerings on Rottnest Island.

These businesses are hoping to broaden Rottnest's appeal and enhance the experience for hundreds of thousands of visitors throughout what is predicted to be the island's biggest summer yet.

Last year the island attracted a record 730,000 of visitors, a 14% increase on the previous year's record. 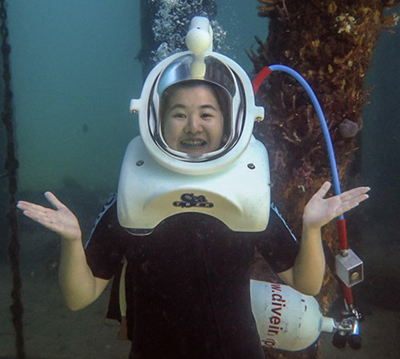 In time for the upcoming peak season, visitors will be able to experience a range of new activities including:
•    A crayfish catch and cook tour aboard Rottnest Cruises;
•    Glass bottom kayaks
•    Sunset, Eco and Whale watching tours aboard the yellow catamaran, Charter 1;
•    Boat hire with Boating West;
•    Subsea scooter hire from SeaBob;
•    Undersea helmet walks, scuba dives and snorkel tours with the experts from Ningaloo Reef Dreaming;
•    A new food van, Lexi's on Rottnest, to be located at Wadjemup lighthouse; and
•    Shade and beach accessory hire at The Basin.

The new snorkel tours now in operation on Rottnest and run by Fremantle-based Seatoys  WA offer visitors the chance explore using electric German-made Seabob underwater scooters. The seabobs can be used by all those aged eight and above and can reach speeds of up to 20km/h.

Seatoys WA owner Becky Hill said “They don’t make any noise at all when they’re in the water. They can go down to 40 metres depth if you’re an experienced diver but we’ve restricted them to 2.5 metres.”

Hill said a diversity of sea-life including dolphins, could be seen on the tours, which cater for five people at a time. 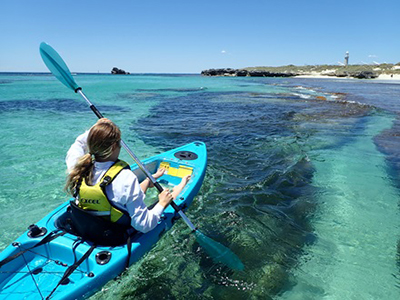 For those who enjoy a slower pace, Rottnest Kayak owner Simon Mendelawitz is offering glass-bottom kayak tours stating that in trial runs of the service they had taken long-time visitors to Rottnest on tours to bays they had never been able to access because they were too difficult to get to by boat or land.

Mendelawitz is offering a fleet of 10 double sea kayaks. “They’re nice and wide and stable so easy to paddle ... it’s like snorkelling but you’re on the surface while still being active,” he said.

“One of the things we’ve tried to do is keep the costs fairly reasonable ... I think that was important for us to not be part of that story of Rottnest being really expensive.”

Minister Papalia said he thought the new businesses would be affordable for everyone.

“I look at them and in my view they’ll all be successful, many of them are innovative, many are attractive and things people going to Rottnest will love,” he said. “It will be very popular I’m sure with all of our Asian markets.”

"These new activities will give returning visitors a chance to try something different, while new visitors will find something to keep them entertained beyond sun, surf, beaches and quokkas.

"In addition to these new businesses, I'm looking forward to welcoming a new eco-tent resort at Pinky Beach which will open in March next year and employ 70 people.

"These new businesses and developments will bring with them more jobs and more reasons for people to visit Rottnest."

For more information go to http://www.rottnestisland.com/see-and-do/Island-tours