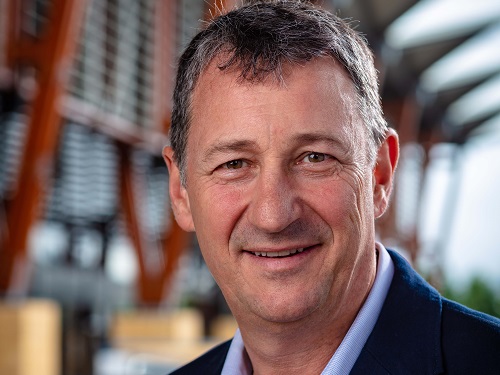 Ross Steele, the experienced venue manager of the Cairns Convention Centre, has been promoted by AEG Ogden to manage Te Pae, Christchurch ahead of its opening next year.

This follows the announcement in Melbourne today that the Brisbane-based company is to operate Te Pae Christchurch.

Steele has served as General Manager of the AEG Ogden managed Cairns Convention Centre for the past 12 years and brings an impressive industry record to his new role.

Having joined the Brisbane Convention and Exhibition Centre in 1998, two years later, he moved to Cairns and served as Business Manager and Operations Director before being promoted to General Manager in 2007.

Under his guidance, the Centre was ranked number one in the world by the Association of International Congress Centres in 2014 and is in Queensland Tourism’s Hall of Fame for winning the Business Events category three years running. He also oversaw a recent $14 million refurbishment of the venue.

AEG Ogden’s Director of Convention Centres, Geoff Donaghy congratulated Steele and said he had the experience and skills to lead an executive team through pre-opening and securing important conventions and content for the new venue.

Dongahy advised “his track-record in Cairns stands him in good stead to take on the challenge of managing this new venue and is ready to hit the ground running.”

Advising that he is looking ed forward to utilising AEG’s world-class reputation and global connections and working with the venue owner, Otakaro to achieve great outcomes for both Te Pae and Christchurch, Steele added “our priority will be to attract international conventions which will both benefit the economy and showcase Christchurch and New Zealand to the world.”

Te Pae will have capacity to host up to 2,000 delegates for a variety of national and international events. It will feature world-class purpose built facilities including a 1,400 seat auditorium, 3,600 square metres of exhibition space and 24 meeting rooms.