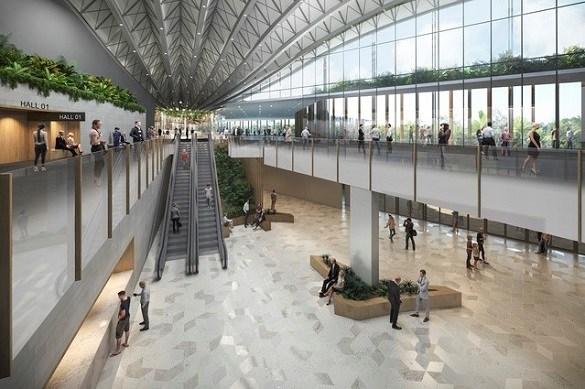 The $176 million expansion of the Cairns Convention Centre has been given the go ahead following the Queensland 2018/19 budget.

The funding will be delivered over two years, with Centre set to see the addition of a new 3000 metre² exhibition hall and supporting plenary space.

Concept designs of the expansion of the award winning Centre were unveiled last year by Cox Architecture, which designed the original building in 1996.

As one of Australia’s first environmentally-designed major public buildings, the Centre is characterised by a concertina roof form, which channels tropical rainfall into a water storage tank and is used to irrigate the garden. It also features a solar hot water system and sensor-controlled sun louvres.

Image: Concept design for the expansion of the Cairn Convention Centre. Courtesy of Cox Architecture.