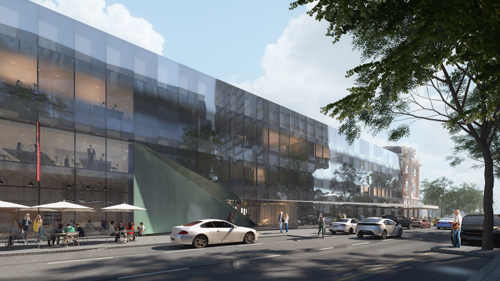 Leading venue management company AEG Ogden has been appointed by Ōtākaro Limited as the operator for the new Te Pae Christchurch convention centre.

Making the announcement today, Ōtākaro Chief Executive, John Bridgman stated that AEG Ogden will take Te Pae to the world, advising "with a network of venues across the Asia Pacific region, including the International Convention Centre Sydney, AEG Ogden has significant experience in delivering world-class events that have people wanting to come back for more.”

Set to begin hosting events from late 2020, Te Pae will have capacity to host up to 2,000 delegates for a variety of national and international events. It will feature purpose-built facilities including a 1,400-seat auditorium, 3,600 metre² of exhibition space and 24 meeting rooms set on the banks of the Avon River.

“Our aim is to attract major conventions which will not only provide a significant economic boost but showcase the exceptional talent and skills of the Christchurch and New Zealand communities.

“The positioning of Te Pae as an international standard meeting and events hub will assist in the regeneration of Christchurch and the Canterbury region. We are so excited to be involved with this project and our team can’t wait to get started.” 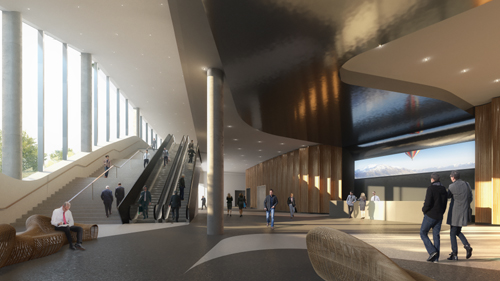 Lister said AEG Ogden and AEG Advantage would work “hand in glove” with Ōtākaro to achieve its objectives for both Te Pae and Christchurch, adding “the positioning of Te Pae as a boutique, authentic, international standard meeting and events hub will act as a catalyst for the city’s activation by ensuring its complete integration into the city fabric.

“This in turn will assist in the regeneration of Christchurch and the Canterbury region and provide an optimal return on investment for the Crown. We are so excited to be involved with this project and our team can’t wait to get started.”

Bridgman went on to advise that the venue is currently over a quarter of the way through construction, concluding “work on the steel framework is nearing completion and the installation of the façade is underway, giving people a greater appreciation of the scale of New Zealand’s second largest conference and exhibition facility.”

8th February 2019 - New cultural attraction to be developed in Christchurch