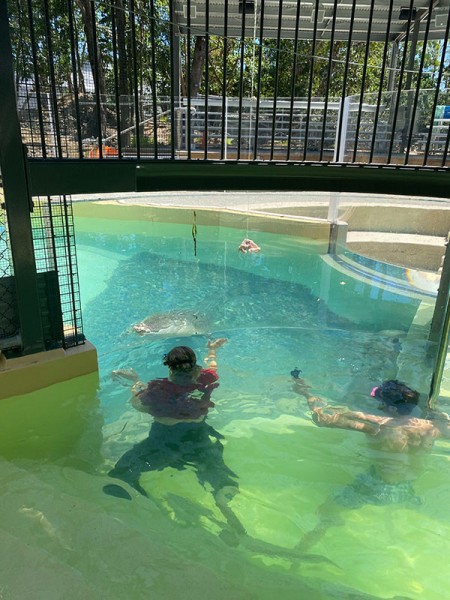 Delayed from its scheduled launch last month due to the snap COVID-19 lockdown in Cairns, the new CaPTA Group experience allows guests to enter a plunge pool within the crocodile enclosure, separated from the reptiles by a glass wall.

Currently home to a pair of crocodiles, Big Al and Digger, relocated from the Australia Zoo on the Sunshine Coast earlier this year, the pool is surrounded by a seating arena holding 400 spectators.

Wildlife Habitat General Manager, Clare Anderson advised “the concept of swimming with the modern-day dinosaurs was first conceived by our founder, the late Charles Woodward, over five years ago.

“The wait is now over and we are all so ecstatic to see that his dream has finally come to fruition.”

Anderson said a third croc, Ton, will be added to the attraction shortly.

Far North Queensland tourism pioneer Charles Woodward, founder of the Cairns-based CaPTA Group had long dreamt of opening the new Croc Arena at the Wildlife Habitat in Port Douglas, and his two sons were on hand last week for the very first underwater human-to-crocodile feeding exhibit.

CaPTA Group Director Ben Woodward said it was a “special time” to see his father’s vision brought to the life after his death in 2017, aged 70, telling the Cairns Post “it was really one of his last wishes to see this exhibit come to reality, so it is quite a special time for us to see it opening.” 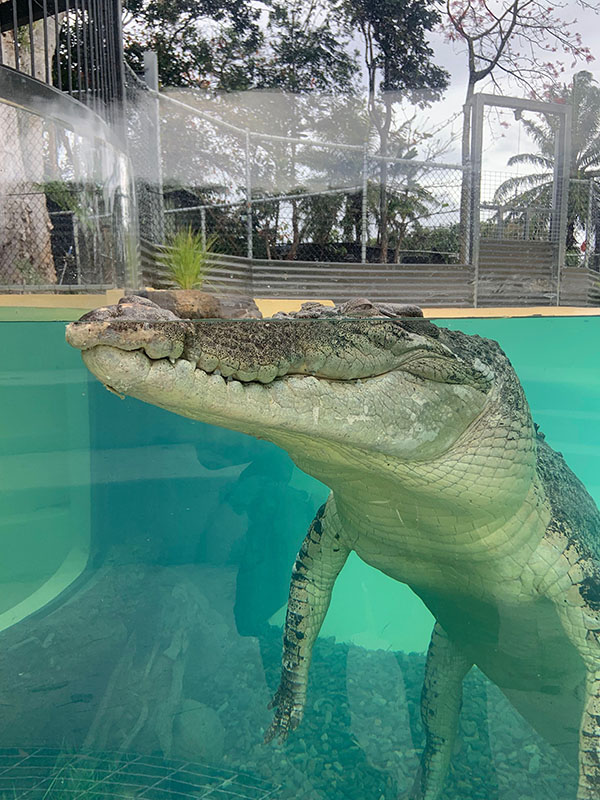 Michael Woodward, Head of Special Projects with the group, said the attraction came at a pivotal time for the industry as it looks to “brighter skies” in a post-Covid world, adding that the Cairns-based business had used the pandemic downturn to ­invest significantly in infrastructure at the Port Douglas tourism favourite.

“With the downtime there has been opportunity to make some major improvements and be ready for when both domestic and international borders reopen.

“It’s got to happen (soon), we can’t be closed off forever.”

Ben Woodward said developing new experiences for Far North holiday-makers was crucial, going on to say “it has been a tough 18 months for the tourism industry but we are quite happy to know that we now have this fantastic new exhibit opening in time for school holidays.

“Of course, we are concerned that the holidays might be a little bit softer than usual, but we are really happy we have something new here for the visitors that are coming to the region for the first time.

“We’d (also) really would love to see lots of locals coming in trying the experience for the very first time, those who are brave enough to have a swim with the crocs."

CrocArena will officially be opened tomorrow.