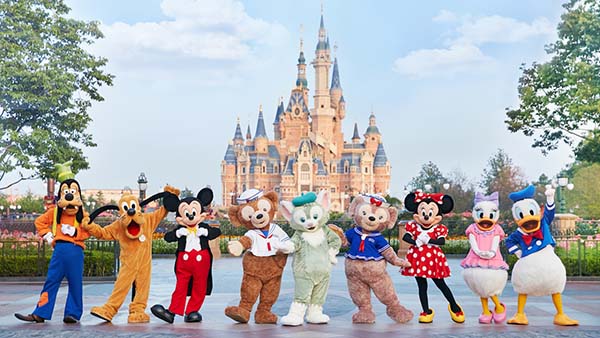 Major Chinese theme parks Shanghai and Hong Kong Disneyland have confirmed their closure amid ongoing fears about the spread of the Coronavirus (2019-nCoV).

Hong Kong's Disneyland today advised that it was closing until further notice over the deadly virus outbreak in central China, a day after authorities in the Special Administrative Region classified the situation as an emergency.

Ocean Park Hong Kong has also advised that it will be closing.

Hong Kong Disneyland said it was taking the step to protect "the health and safety of our guests and cast members", mirroring a similar move by Shanghai's Disneyland.

Saturday’s move by the Hong Kong Government classified the outbreak as an ‘emergency’ - the city's highest warning tier - and announced ramped-up measures to reduce the risk of further infections.

The closure of Disneyland and Ocean Park will further impact Hong Kong's tourism, leisure and retail industries which have already been battered by more than seven months of often-violent pro-democracy protests.

Ocean Park is on track to receive a Government bailout as a result of financial losses in recent years.

Of the six people to have tested positive for the virus in Hong Kong, five arrived via a newly built high-speed train terminal which connects with the mainland.

On Sunday, a newly formed union which represents healthcare workers in Hong Kong threatened industrial action from 3rd February if the Government does not ban all arrivals from mainland China.

Two popular temple fairs in the Chinese capital of Beijing, which attracted massive crowds of tourists in previous years, have been called off by the city government while the Forbidden City has been closed.

China is on a seven-day Chinese New Year holiday that started on Friday, a period when the amusement parks would be usually packed with tourists.

The country has confirmed 1,975 cases of patients infected with the new coronavirus, while reported death toll from the virus has risen to 56.

The virus originated in the central Chinese city of Wuhan in Hubei late last year and has spread to Chinese cities including Beijing and Shanghai, as well as to the United States, Thailand, South Korea, Japan, Australia, France and Canada.