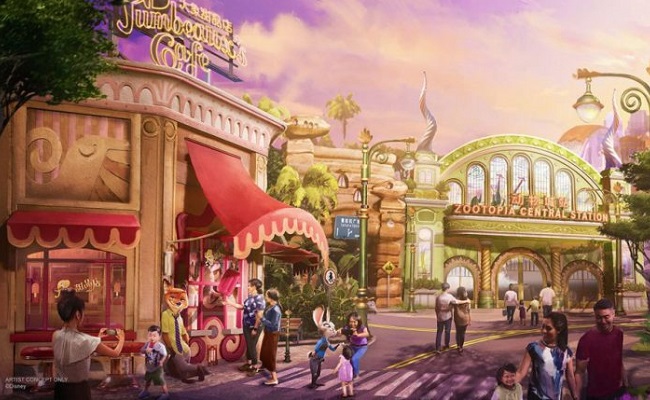 “Since we announced the development of our new Zootopia-themed land earlier this year we have been overwhelmed by the excitement and anticipation expressed by fans from across China and around the world.”

To be located adjacent to Fantasyland, Zootopia will be a “diverse and vibrant city” inhabited by characters from the Walt Disney Animation Studios film. These will include Nick Wilde and Judy Hopps, as well as Flash the Sloth, Gazelle, Officer Clawhauser, Chief Bogo and Yax the Yak. 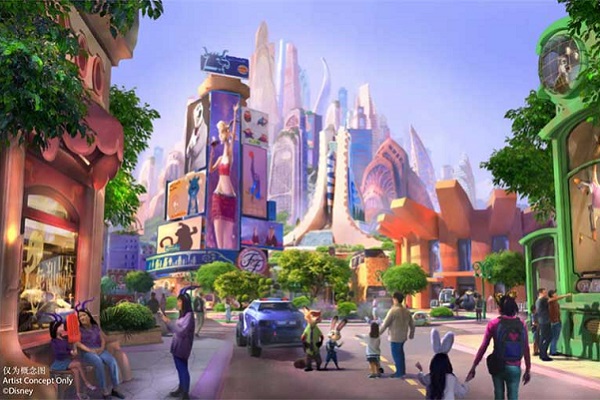 Schott added “we are pleased to announce the start of main construction for the new land today, a significant milestone in its development.

“This expansion demonstrates Shanghai Disney Resort’s commitment to bringing new and unique experiences to our guests, offering more reasons for them to come visit us again and again.”

Further Disney Resorts expansion in Asia has seen the announcement that Tokyo Disneyland will open new attractions on 15th April including the Beauty and the Beast area and ride.