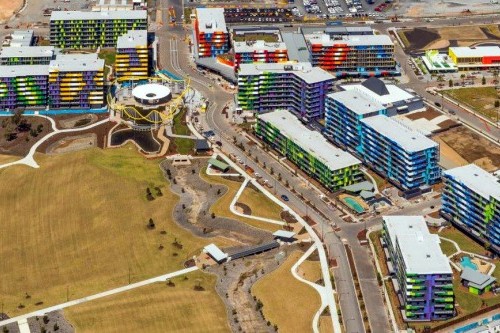 With the athletes set to leaves the Commonwealth Games Village next week, work will begin on transforming the Gold Coast Health and Knowledge Precinct into one of the most advanced health and knowledge innovation hubs in the Asia-Pacific.

Thanks to the $550 million Health and Knowledge legacy project, the Precinct is expected to support thousands of jobs while also generating $2.9 billion for the economy in the next decade.

Advising that investor interest was strong with four sites already earmarked for $200 million in commercial development after the Games, Queensland Minister for Innovation and the Commonwealth Games Kate Jones advised “perhaps the greatest legacy of the Commonwealth Games is what we’re doing to make the Gold Coast one of the world’s leading hubs for innovation in the health and knowledge sector.

“We know that the innovation, technology and health sectors are where the jobs will be in the next 10 to 20 years.

“That’s why we’ve used billions of dollars in Commonwealth Games legacy funding to create the jobs of the future right here on the Gold Coast.”

The new precinct in what is now the Athletes’ Village, is located with the Gold Coast University Hospital, the new Gold Coast Private Hospital and Griffith University, forming a unique 200-hectare high-tech hub.

Gold Coast 2018 legacy achievements which will occur post-Games include:

• The Village will be converted by the private sector owner to provide 1,252 residential apartments and townhouses and associated retail
• Seven hectares of parkland adjacent to the Village will be handed over to Gold Coast City Council to manage and be opened to the public.
• 15 individual development sites, yielding up to 200,000 metre² of usable internal space, will be market-ready. 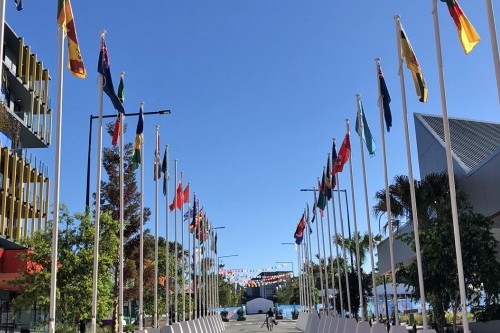 Minister Jones said one of the many organisations to move into the precinct would be Griffith University’s Advanced Design and Prototype Technologies Institute (ADaPT) - an $80 million project that will see one of the world’s most high-tech three-dimensional printers installed on-site.

She added “this 3D printer will be used to print specialist medical instruments and the technology will advance to print body parts like bones and organs for patients down the track,” she said.

“The prototype of this printer is already working at Griffith today. It’s a testament to the world-class innovation that’s taking place here on the Gold Coast.”

University Vice Chancellor and President Professor Ian O’Connor AC said the new health and knowledge hub inside what is now the Commonwealth Games Village would be an important part of the precinct in years to come.

Professor Ian O’Connor advised "the legacy of the Games provides a unique opportunity to attract commercial investment into the Gold Coast, attract even more global talent, and strongly position Queensland as a key driver of research and innovation in the Asia-Pacific.”