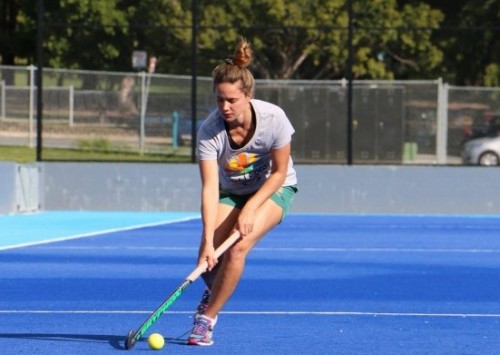 The completion of the $16.5 million Gold Coast Hockey Centre in Labrador means that all of the competition venues are now ready for the Gold Coast 2018 Commonwealth Games (GC2018).

The refurbishment and expansion of the existing Gold Coast Hockey Centre now sees it offer two synthetic, international standard pitches and permanent seating for 500 along with new meeting rooms, kitchen and bar facilities, a function room, change rooms and amenities.

Minister Jones was happy with the completion of the final sporting venue for the Gold Coast well ahead of the Games, stating “the redevelopment, which also included the upgrade and expansion of the clubhouse amenities, will benefit the sport locally and aid in the attraction of major competitions and international training camps long after the Commonwealth Games.

“The redevelopment project has delivered a significant legacy for the Gold Coast hockey community as well as local business.” 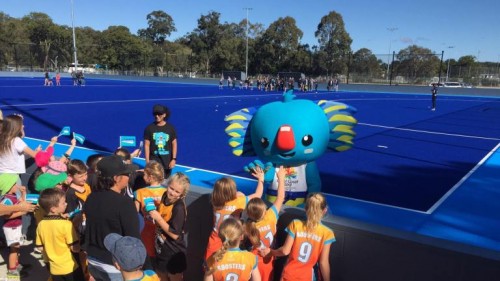 Minister Ciobo added “the development will not only provide new and upgraded infrastructure to support the growth of hockey on the Gold Coast, it will also help attract major competitions and international training camps long after the Games, driving tourism, jobs and economic growth for our city.

“This is one of a number of projects the Australian Government has co-funded as part of its $156 million investment in the Gold Coast 2018 Commonwealth Games to provide a legacy into the future and with under 12 months to go until the Games the modern sports infrastructure in place will contribute to a truly memorable event.”

Minister Ciobo said the Gold Coast Hockey Centre redevelopment would cater for elite and community sporting groups as well as provide a range of facilities to support the public to be physically active.

Gold Coast builder Alder Constructions managed the redevelopment with more than 1000 workers on-site throughout the duration of the 16-month project.

During next year’s Games the capacity of the venue will be expanded to accommodate 5000 spectators.

The Gold Coast Hockey Centre redevelopment was funded by the Queensland Government, Australian Government and City of Gold Coast.

For more information go to www.gc2018.com

Images: A young athlete puts the new venue to the test (top) and Commonwealth Games mascot Borobi with children at the opening (below).