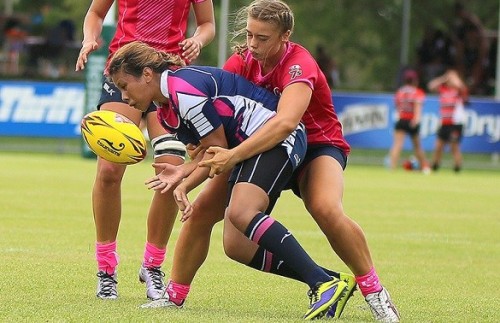 Queensland Rugby Union (QRU) is one of 13 sporting organisations that will share in a $500,000 Federally-funded grants program under the Gold Coast 2018 Commonwealth Games Embracing 2018 sports legacy program.

Among the grants, QRU will is to receive a $40,000 boost for the Queensland Rugby Female Sevens State Championships for under-15 and under-17 girls.

Announcing the funding at the end of last week, Queensland Commonwealth Games Minister Kate Jones stated “it’s great to see girls’ rugby kicking goals as a result of these grants.

“We have a proud history of producing outstanding athletes and these grants, along with our new and upgraded sporting facilities for the Games, will help ensure our sportsmen and women continue to lead the way.

“These grants couldn’t have come at a better time with sports in the spotlight and the Games less than six months away.

“Our world-class Commonwealth Games sporting venues are another positive legacy for future generations of Queenslanders keen to make their mark in the sporting world.”

Queensland Sport Minister Mick de Brenni also advised of the opportunities for Queenslanders for get involved in Commonwealth Games sports, commenting “Queensland is a powerhouse for sport, but more importantly sport is a way to build supportive communities around shared values like resilience, determination, and mateship.

“Grants were awarded for a range of projects, such as this fantastic new tournament, which will inspire young women and girls to achieve bigger and better than ever.

“It’s about encouraging the sports stars of tomorrow.” 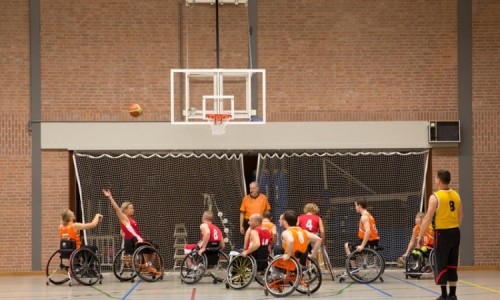 “Some of the girls at our state championships will hopefully have the chance to star in the Tokyo Olympics and almost certainly at the next Commonwealth Games.

“The QRU is working on new, innovative ways to improve our girls’ competitions and these state championships are the first step in cementing the legacy of our national success.”

For more information on the Embracing 2018 Sports Grants program go to www.embracing2018.com

Images: The Queensland Women’s sevens side playing in Darwin (top) and the Queensland Basketball Association's wheelchair tournament is also set for a funding boost (below).