With its Ticketek subsidiary providing the ticketing platform for the Gold Coast 2018 Commonwealth Games, TEG has confirmed that the ticket requests window and the opening of general public sales for the Games have set new ticketing benchmarks for the Australian market.

TEG Chief Executive Geoff Jones said the huge number of events available simultaneously, the level of complexity in user experience and the sheer volume of requests made for an unprecedented three months’ of activity.

Jones stated “the opening day on 24 April was one of the biggest days in Ticketek’s 37 year history.

“We had over 270 individual Commonwealth Games sessions available for a domestic and international audience with more than one million tickets available.

“That one day stands out in the company’s proud heritage in ticketing of major national and international events in Australia.

“The closing of the ticket requests on 22nd May saw another huge spike in activity. Ticketek’s enhanced platform handled almost 500 individual requests every minute during the final hours of the request period.”

Gold Coast 2018 Commonwealth Games organisers said a staggering 85,000 total requests were made during the final three hours of the ticketing requests window. 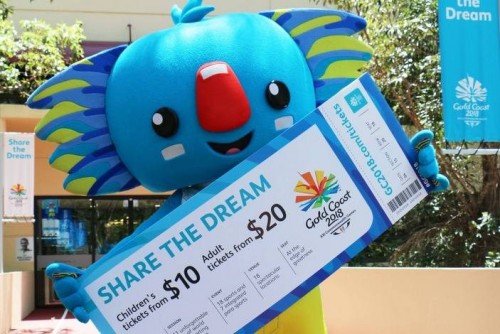 In total, more than 1.2 million requests were made over the month-long ticket request window. Following a ballot, tickets have been allocated.

Jones added “I am very satisfied with the performance, the meticulous preparations that went into this opening effort and our readiness for the remainder of the ticketing operations.”

• 278 individual sessions available over 18 sports and seven para-sports
• 17 venues in the Gold Coast, Brisbane, Cairns and Townsville all configured specially for the Games
• A user experience designed to allow fans to browse multiple events and ticket categories before submitting requests
• An outcome that saw most requests covering multiple events and multiple event days

Remaining tickets are available to the general public at www.gc2018.com/tickets