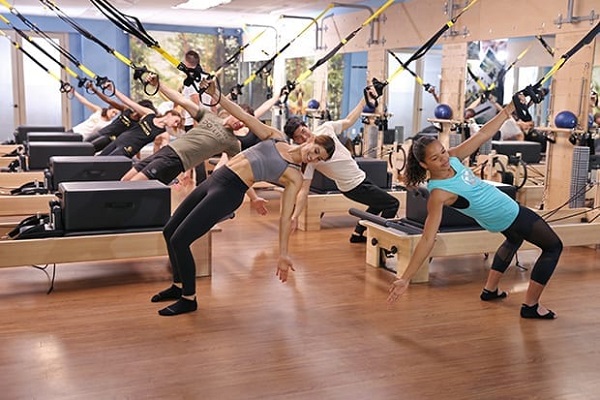 Club Pilates, the world's largest Pilates brand, has today announced the signing of a master franchise agreement in Australia, which gives the master franchisee the right to license at least 50 studios to potential franchisees in the country over the next decade.

The deal is in collaboration with two Queensland-based husband-wife duos, Brendan and Jessica James, along with Lawrence and Sandy Boyle

As a qualified Pilates instructor, Brendan James will be the Chief Executive of the Australian operation with Jessica James handling marketing and branding, while the Boyles will spearhead franchise sales.

Brendan James was previously a capital markets executive with global trading company IMC Pacific, holding senior roles in both Australia and the USA while the Boyles have 30 years of experience in franchising, most recently as co-founders of their own 50 location franchise which they sold to retailer WHSmith.

The team has three Pilates studios in Queensland currently, operating as Live Pilates, which will be immediately rebranded to Club Pilates to give the brand a strong start in Australia and set the stage for several more studios to come in 2021.

Brendan James, Chief Executive of PilateX Pty Ltd, the Master Franchise Partner for Club Pilates in Australia, explained "Australians love premium global brands, and to be able to offer them access to the world's largest Pilates brand, which has successful operating systems for both franchisees and members, provides us with an amazing opportunity and a sense of pride.

"We are passionate about Pilates and the incredible health benefits it produces. Our passion for Club Pilates will be translated into, what we believe, can be Australia's most successful and well-equipped network of Pilates studios."

John Kersh, Chief International Development Officer for Xponential Fitness, added "we are delighted to add Australia to the growing list of countries where Club Pilates is making a positive impact.

"Brendan and his partners have extensive experience in Pilates and a successful track record in franchising, both of which make them a compelling force as Club Pilates begins its expansion in Australia. We look forward to their rapid development of this exciting market."

Founded in 2007 in Irvine, California, USA, Club Pilates has grown to become the largest Pilates brand by number of studios with over 620 locations.

Since making its first international debut in Canada in 2018, the brand has opened locations in Saudi Arabia, Japan, and South Korea, with more studios in development in Spain, Germany, Singapore, and the Dominican Republic.

Xponential debuted its CycleBar studio in Perth last year as part of a deal that includes at least 45 locations.

For more information about franchise opportunities go to www.clubpilates.com/franchise