Pilates 100-year journey to be a global fitness phenomenon 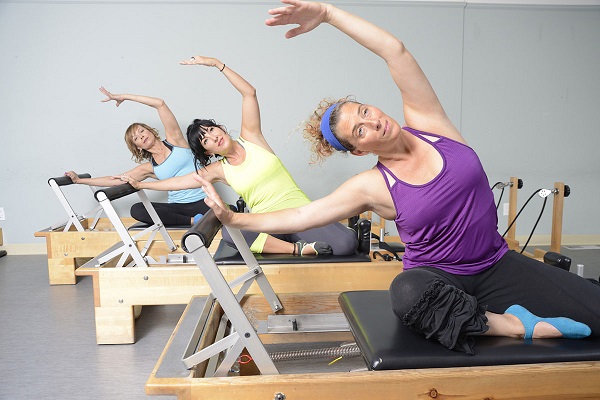 It’s hard to ascribe a reason but the fitness industry isn't big on anniversaries, maybe always looking forward to the 'next big thing' rather than drawing from its heritage.

In the past few years at Australasian Leisure Management we've reported 24/7 chains Jetts reaching its 10th birthday and Genesis Fitness Clubs passing 20 years of operations (milestones that neither group thought to share) but we are on the cusp of an industry phenomena that it is impossible to ignore - 100 years since the creation of Pilates.

2019 marked 100 years from when Joseph Pilates was released from a British internment camp where he developed a fitness method, which he fittingly called ‘contrology’, that has grown to become a multibillion-dollar industry.

From 1920 on, he then developed his series of rehabilitative exercises, spreading his fitness gospel outside of the camp’s walls. His method was designed to create total balance of the body and mind - a revelatory innovation in the decades before recreational exercise was a part of the average person’s doctor-recommended daily routine.

However, Pilates was a true believer in his own method, writing, in 1934 “all new ideas are revolutionary (and) when the theory responsible for them is proved through practical application, it requires only time for them to develop and to flourish.”

Joseph Pilates’ early life
Born near the German city of Düsseldorf in 1880, Pilates was a sickly child whose health challenges motivated him to become strong. He trained to become a gymnast, which led to a career as a performer with a German circus troupe.

Touring England in 1914 when the First World War broke out, he was arrested and spent the duration of the hostilities in a British internment camp where his eponymous workout was born.

To pass the time, Pilates would watch the island’s cats chase mice and birds, marvelling at their agility - a contrast to the physical and emotional state of his follow internees.

He studied the cats’ movements and concluded that frequent stretching gave them their vim. Pilates then began devising exercises to stretch human muscles, and he’s rumoured to have tinkered with the camp’s hospital beds to build crude workout equipment.

Happy with the results in his own body, he taught the regimen to the camps’ prisoners – a captive audience, as it were. When the ‘Spanish Flu’ influenza pandemic (which killed 50 million people) reached the island in 1918 supposedly none of Pilates’ trainees got sick. They were, according to the legend, in better shape at the end of the war than when it began. 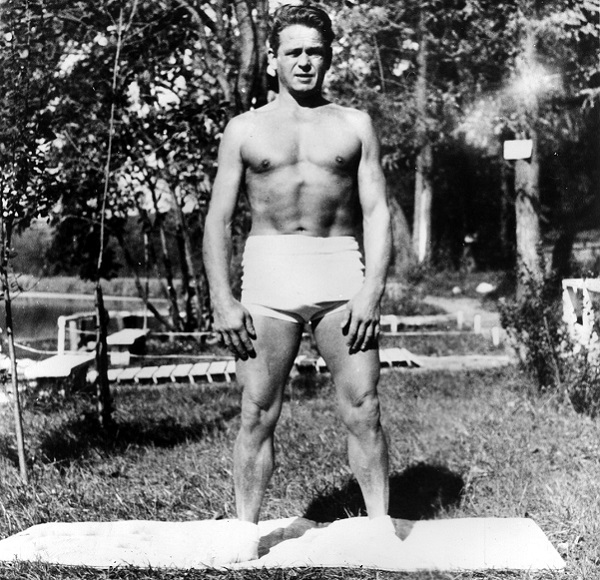 Laying the foundations of a global fitness phenomenon
In 1926, he left Germany for the USA and met his wife, Clara, on a ship crossing the Atlantic. Together, they would help launch a multibillion-dollar industry.

First, the couple settled into a space on the third floor of a building in New York, right next to where the city’s ballet companies rehearsed. The space doubled as an apartment and a gym, which he began to fill with his homegrown fitness apparatus - early models of today’s Reformer models. He soon began working with dance luminaries George Balanchine and Martha Graham, who sent their ballerinas to him to rehabilitate from, and eventually prevent, injury. Then came the Hollywood celebrities, including Katharine Hepburn and Sir Laurence Olivier.

Throughout the next few decades, Pilates gradually attracted everyday people with the means to pay five dollars for a session. He would roam the gym wearing tight swimming trunks, homemade espadrilles, and often little else, showing off his impressive physique, according to Lolita San Miguel, one of only two living disciples to have been trained by Pilates himself – and who, at 84, still teaches. He was tempestuous, occasionally telling clients to “get out” if they frustrated him.

He had a glass eye, some say due to a boxing accident, which along with his mane of white hair, could make him appear cartoonish. He drank more than a litre of alcohol and smoked 15 cigars every day.

Pilates was a vociferous critic of the American lifestyle - the way Americans sat at desks, moved, even their love for sports like baseball, which he believed threw the body out of balance!” he told He told Sports Illustrated in 1962 “Americans! They want to go 600 miles an hour and they don’t know how to walk.

“Look at them in the street. Bent over. Coughing! You men with grey faces! Why can’t they look like animals? Look at a cat. Look at any animal! The only animal that doesn’t hold its stomach in is the pig.”

Pilates believed he could fix Americans with his method by aligning body and mind in perfect harmony, adding “by exercising your stomach muscles you wring out the body, you don’t catch colds, you don’t get cancer, you don’t get hernias.”

A multibillion-dollar legacy
When Pilates died in 1967, the 86-year-old had trained a handful of protégés, who opened studios and trained more teachers. The workout continued in a handful of gyms across the USA, mostly followed by dancers who relied on it to stay limber and strong.

It wasn’t until the second half of the 1980s, when America and the world started to move on from aerobics and bodybuilding, that Pilates moved from its niche and into the mainstream.

Part two of this online feature will cover the arrival and development of Pilates in Australasia.