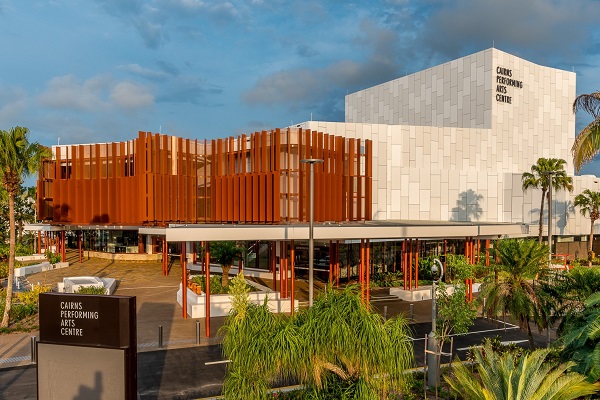 Since its gala opening on 15th December 2018, the venue had only 24 days without an audience or client during its first seven months of operation.

When compared with the same period of time in the final year of the Cairns Civic Theatre (1st January to 30th June 2015), CPAC attendance was up by 89% and sales revenue increased by 147%.

Cairns Mayor Bob Manning said the strong attendance figures reinforced the need for a state-of-the-art facility of its kind, befitting a city that has evolved into a major international tourist destination, stating “there is no question that our city needed this new facility and the attendance figures show quite clearly that there is an appetite for live theatre in our region.

“The old Cairns Civic Centre served the community well, but it could no longer compete with changes in technology, bigger shows, more complex sets and what is today’s largest regional population in Northern Australia.”