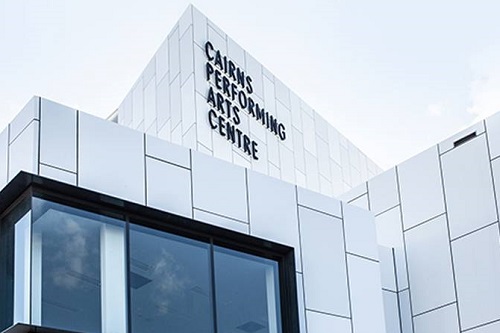 Cairns Regional Council has advised that the Cairns Performing Arts Centre is to host its gala opening on Saturday 15th December.

Announcing the opening, Cairns Mayor Bob Manning stated “we’re excited to announce that we’ll be closing Florence Street for the first time, to combine the two venues (in the Cairns’ The Precinct) for one spectacular event

“This is precisely what we envisaged when the concept for The Precinct was released.

“Part of the show in CPAC will be live streamed across to the Parklands, but there will also be an outdoor event in its own right, making full use of the space between the two performance venues.”

Meet Eat Repeat will bring a range of pop-up stalls by Cairns restaurants and food trucks to create a temporary foodie heaven on Florence Street.

In Munro Martin Parklands, a free music event will feature Jazz under the Jade Vines with multi-instrumentalist, composer and arranger James Morrison alongside vocalist Hetty Kate and a local youth brass band, with support from some Cairns’ finest local bands.

Inside CPAC local choirs, dancers, orchestras and bands will grace the stage in a gala performance of Symphony for Tomorrow.

Comprising some of Tropical North Queensland’s most talented artists and future stars, this historic performance can be enjoyed by all via a Facebook live broadcast.

A limited number of free tickets to the main event will be made available through a public ballot. Interested residents can enter the ballot via the CPAC website. 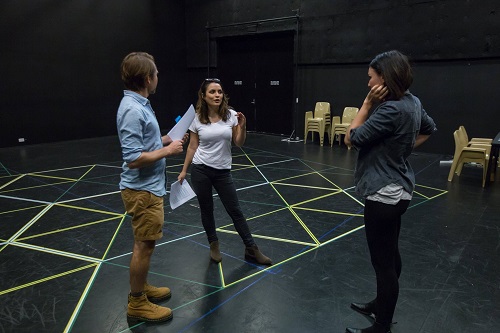 Mayor Manning added “while there will be a limited number of public tickets made available for the CPAC opening; the events in Munro Martin Parklands will be open for all.

“With multiple food options, licensed bars and free entertainment, this will be the perfect place to celebrate the opening of our Cairns Performing Arts Centre. Bring along your friends and family, a chair or picnic rug and kick back and enjoy.”

As the countdown begins for the opening event, tickets have today gone on sale for several shows to be staged in the Cairns Performing Arts Centre in early 2019.

Already booked into the new venue are an array of stand-up comedy, contemporary dance, country music, musical theatre, drama and classical music performances, with more shows to be announced in the coming weeks.

Mayor Manning concluded “the very first show staged at CPAC will be Wicked by the Cairns Choral Society (it being) fitting that our local stars should be the first to shine in this brand new venue.”

The popular Morning Melodies will also launch its 2019 season at CPAC.

For more information go to www.cairnsperformingartscentre.com.au