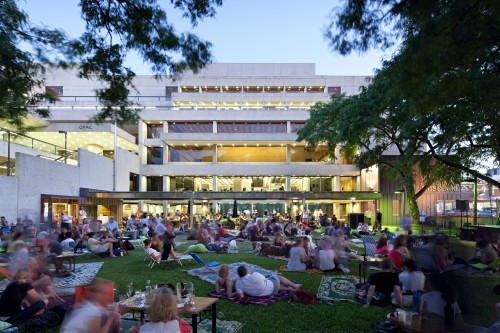 The Queensland Government has announced that it will fund a new 1500-to-1700-seat theatre at the existing Queensland Performing Arts Centre (QPAC) in next month’s budget.

Queensland Premier Premier Annastacia Palaszczuk today (Sunday 27th May) announced an investment of $125 million towards its construction on the Playhouse Green site at the Brisbane venue, with QPAC to contribute $25 million to the $150 million project.

Announcing the funding, Premier Palaszczuk said the theatre was vital as QPAC was nearing capacity, advising “building a new theatre is a must to ensure we can keep attracting even more big shows and more visitors to our capital city.

“And QPAC is nearing full capacity in all its theatres, with a strong forward program of bookings to 2022 and beyond.”

The design of the new venue within the heritage-listed Queensland Cultural Centre precinct will be subject to a national design competition, guided by a conservation management plan.

The new theatre will be managed by QPAC and allow the state’s four home companies - Queensland Ballet, Queensland Symphony Orchestra, Opera Queensland and Queensland Theatre - use of five venues.

“The new larger theatre will enable the company to perform to an audience of double the size within a season.” 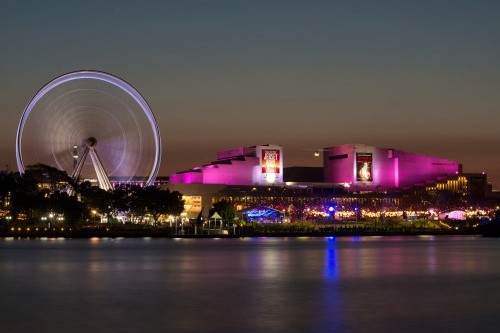 The commitment follows the completion of a detailed business case into the project.

Queensland Deputy Premier and Treasurer Jackie Trad says the new theatre will provide a boost to Brisbane tourism, bringing new shows to the city, commenting “QPAC schedules over 1000 performances annually and saw 1.3 million people through its doors in 2017

“With the addition of this new theatre QPAC would become Australia’s largest performing arts centre with the potential to welcome an additional 300,000 visitors each year when fully operational from 2022.”

He advised “today’s announcement provides an exciting pathway to the future for QPAC as the leading destination for live performance in Queensland. Over three decades, QPAC has established itself as a leader in the performing arts and this expansion reflects our path of continued growth and optimism for an already burgeoning centre known for its work within the local community as well as nationally and internationally.

“A new theatre enables QPAC to reach new audiences across Queensland, build on the vibrancy of the Queensland Cultural Centre and grow the value of the performing arts to Queensland’s creative, cultural and tourism economies.

“The broad and beneficial outcomes of a new theatre will be welcomed equally by the arts sector and the Queensland community.” 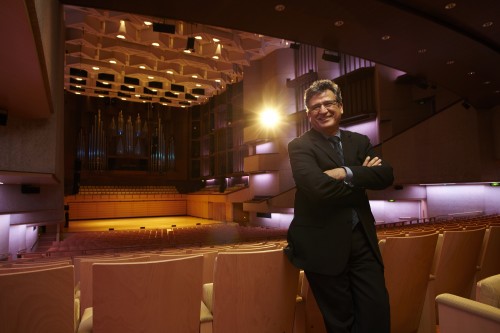 “The announcement of a new theatre expands what we have achieved over the past 30 years and broadens our thinking about the future.

“The possibilities are endless for deepening our engagement with audiences and the artists and companies we invite to QPAC. It expands the art-forms presented and how we present them.

“The digital and technological advances available in new theatre infrastructure also gives promise to QPAC’s intentions of growing the reach of its programs to audiences beyond Brisbane including regional Queenslanders."

A new theatre at QPAC will see the Centre continue to provide rich in-theatre experiences across five venues, attract audiences from Queensland as well as visitors from across the country and globe, and operate as one of the largest and busiest performing arts centres in Australia.

Images: QPAC (top and middle) and John Kotzas (below).