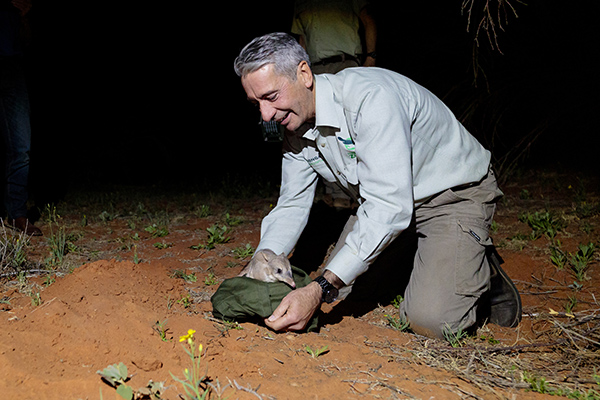 A NSW Government collaboration between UNSW ecologists, NSW National Parks and Wildlife Service and Taronga Conservation Society Australia, has resulted in the successful reintroduction of the bilby into a large cat and fox-free area at Sturt National Park more than a century since they were declared extinct in NSW.

The reintroduction of the bilbies, part of a new breeding program at Taronga Western Plains Zoo, will begin the process of returning the area to what it was before feral animals wreaked havoc on Australia’s native animals.

NSW Environment Minister Matt Kean in making the announcement today of the successful reintroduction of the bilby noted “this is one of the country’s most important threatened species initiatives.  Australia has the worst mammal extinction rate in the world but we are turning back the tide of extinctions, reintroducing at least 13 mammal species currently listed as extinct in NSW by establishing a network of feral cat and fox-free areas.

“With an estimated 9,000 bilbies left in Australia, the Wild Deserts project at Sturt National Park is planned to increase the population by 17%.” 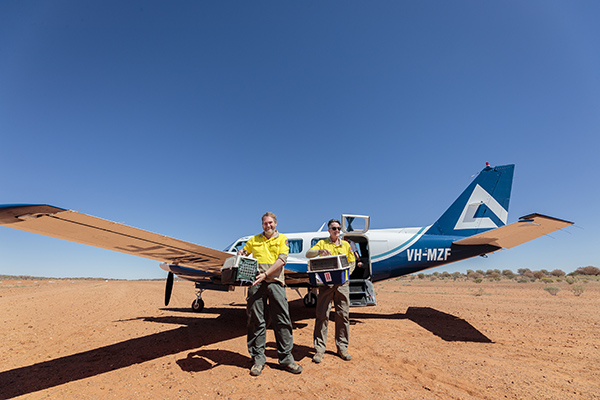 National Parks and Wildlife Deputy Secretary, Atticus Fleming said that three large feral predator-free areas have now been established in national parks across the State and added “in these feral-free areas, we are turning back time by restoring the Australian bush to what it should be – alive with small mammals such as the bilby.

“Our small-medium sized mammals have suffered catastrophic declines in the last 200 years, driven by feral cats which kill 1.4 billion native animals every year.

“Creating large feral cat-free areas with conservation fencing will save species from extinction and help restore populations until we find an effective strategy for removing feral cats from the Australian bush.” 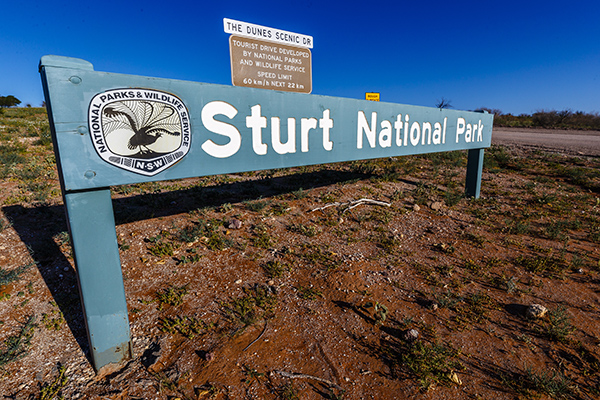 The Wild Deserts project has created one of the largest, feral-animal-free areas in Australia within Sturt National Park, eradicating every last rabbit, cat and fox from two 2,000 ha feral-proof fenced exclosures.

The Wild Deserts project is funded by the NSW Government and part of the Saving our Species program. Wild Deserts is a partnership between UNSW Sydney and Ecological Horizons, with the NSW National Parks and Wildlife Service and Taronga Conservation Society Australia.

Professor Richard Kingsford, leader of the Wild Deserts Project and Director of the UNSW Centre for Ecosystem Science, said the team was looking forward to restoring this desert ecosystem with the Greater Bilbies acting as ‘ecosystem engineers’.

“These animals create a whole range of habitats by digging for insects, seeds and plant roots, and helping water and carbon infiltrate the soil – and so helping to restore Sturt National Park’s desert ecosystems”. 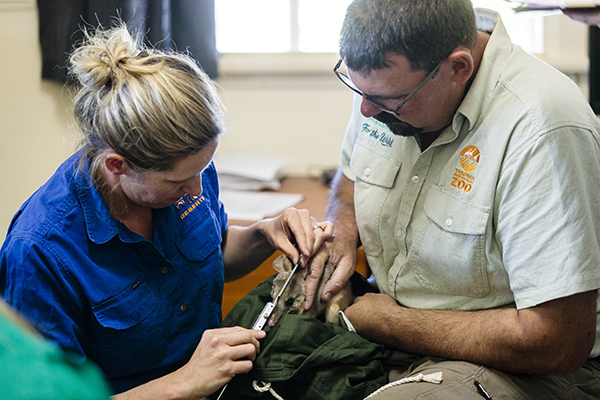 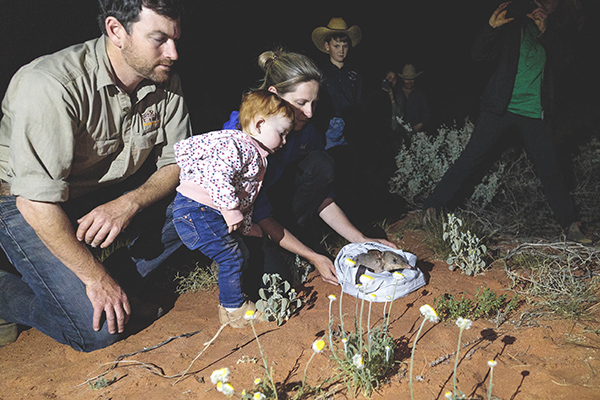 Taronga Conservation Society Australia Chief Executive Cameron Kerr advised “to be able to release Greater Bilbies just 11 months after the program commenced in Dubbo is a true testament to the unique combination of skills across animal husbandry, genetics and conservation management at Taronga.”

The Greater Bilbies have been cared for by a specialist team of keepers, ecologists and vets prior to the release and were given a final health check at the Taronga Western Plains Zoo’s Wildlife Hospital before travelling to the desert. 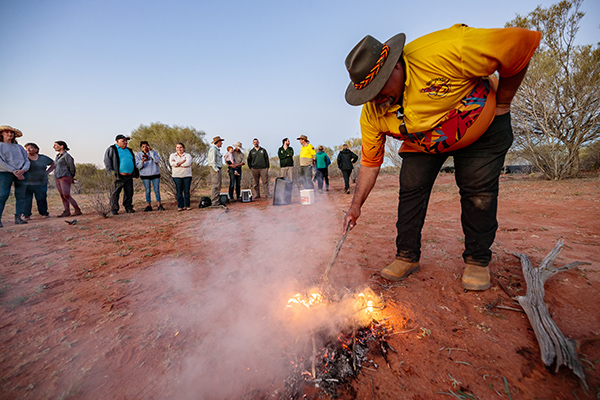