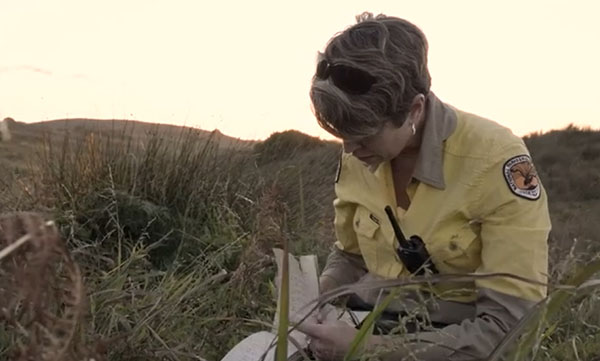 With 125 new roles on offer with the NSW National Parks and Wildlife Service (NPWS) across the state, women on the Hunter Central Coast are particularly being encouraged to join the team.

With roles available at a range of levels, NPWS Hunter Central Coast Director Kylie Yeend is saying to local women who may be considering a career with National Parks that now is the time to apply.

“From the Central Coast up to Taree and out to Scone, if you love our region’s national parks and are looking for a hands-on role where you can make a real difference to their conservation, apply for a role with NPWS.”

Field Supervisor Emily Smith joined NPWS in 2008 after a number of years as a volunteer with the Rural Fire Service (RFS). From building walking tracks in the Snowy Mountains to travelling to Canada in 2017 to help fight wildfires, Smith says no two days with NPWS are ever the same.

Smith notes “I’ve helped to construct mountain bike trails, been winched out of a helicopter and even gently re-directed a curious dolphin that got a bit too close to humans at Manly Beach.

“I’m now based in Gloucester with my family and have gotten back to my roots in fire mitigation.

“A typical day for me can involve working with other NPWS staff and RFS to prepare an area of the Worimi Conservation Lands for hazard reduction burning, jumping on the bob cat to maintain asset protection zones around homes, campgrounds and sensitive environmental areas in Barrington Tops National Park, and talking to neighbours in Booti Booti about the fire mitigation activities we’re doing in the national park.

Smith adds “my job is never boring and the opportunities for learning and development are endless. In the last 12 months I’ve done training in project management and asset management systems as well as my helicopter safety accreditation, chainsaw training and winch training.

“NPWS is a really great place to work. I learn something new every day, I have the flexibility I need to balance being a supervisor with being a mum and there are so many great role models for women inside the organisation.

“Take the opportunity now to apply for one of these roles with NPWS. Don’t let it pass without giving it a go. You won’t regret it.”

Applications are invited from people of all genders and many of the roles are targeted for employment of Aboriginal people. Recruitment is open until Monday 6th July 2020.

Further information about the roles is available at I work for NSW, where applications may be submitted.

This recruitment is supported by $22.9 million in funding committed by the NSW Government as an interim budget boost ahead of the next bushfire season.