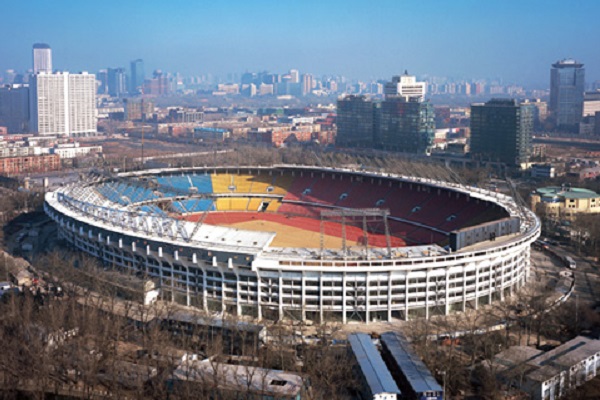 As part of grand plans to revamp its venue infrastructure ahead of an expected bid to host the FIFA World Cup, the landmark Beijing’s Workers’ Stadium has been demolished this week.

The 66,000- capacity venue arena in the heart of the Chinese capital will be almost completely rebuilt and is scheduled for completion in December 2022.

The 60-year-old venue had served as the main venue for the 1990 edition of the Asian Games multi-sport event while also having staged major music concerts and football matches, including fixtures at the 2008 Olympics in Beijing.

China will host football’s AFC Asian Cup in 2023, and the country pledged to build new stadia in seven of the 12 planned host cities after it was awarded hosting rights in June last year.

Beijing was named as one of the proposed host cities and the Workers’ Stadium is set to stage matches at the tournament.

The Workers’ Stadium - fondly known as ‘Gongti’, an abbreviation of its name in Chinese - was built in 1959 and served as one of the ‘10 Great Buildings’ constructed in Beijing to coincide with the 10th anniversary of communist China.