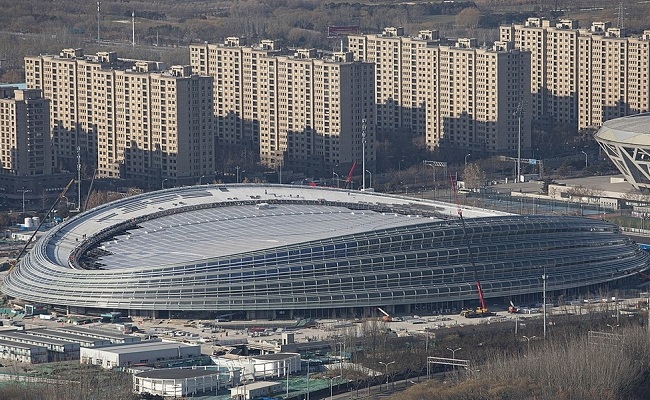 Venue developments for the 2022 Winter Olympic and Paralympic Games have reached a series of significant milestones with the main structure of the National Speed Skating Oval and extension of the National Indoor Stadium - both in Beijing - completed over recent weeks.

The only all new structure being built for the Beijing 2022 Winter Olympic and Paralympic Games, the 12,000-seat National Speed Skating Oval, which will host speed skating competitions during the competitions, will be the largest speed skating arena in Asia once complete.

Commenting on the progress of the venue, Ding Jianming, Deputy Director of the Beijing Major Projects Construction Headquarters Office, told state news agency Xinhua “what the Oval is to Beijing 2022 is like what the Bird’s Nest stadium was to Beijing 2008.

“The completion of the roof and the free curving curtain wall of the Oval represents the hard work of all constructors over the past year.”

Also known as the ‘Ice Belt’, the venue aims to encourage sustainability through state-of-the-art technology, including innovative energy conservation and low-carbon emission techniques. Heat generated from ice-making will be used to melt ice in the ice-melting cistern and maintain the ice surface, helping to save about two million kilowatt-hours of electricity per year. 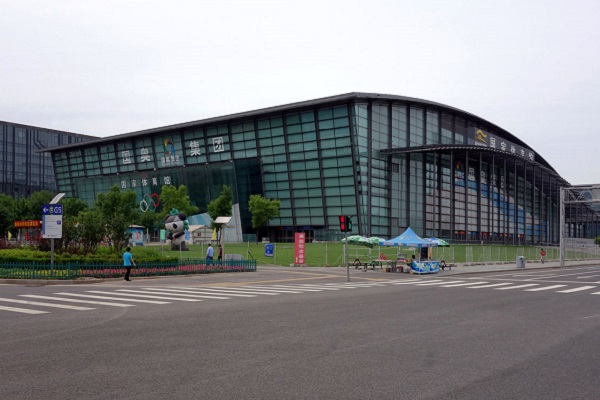 Xinhua added that by using artificial intelligence tech for the ice-making system, indoor environment control and energy conservation, the Oval will be able to accurately control the temperature and thickness of the ice and the stability of its surface. Meanwhile, the temperature of the arena’s seating bowl will be kept around 16°C.

Construction of the Oval is expected to be complete by June in time to meet the schedule for test events.

The main structure of the National Indoor Stadium extension has also been successfully completed.

The venue, which will host ice hockey events during the Games, is located close to the National Stadium and the National Aquatic Centre in Beijing’s Chaoyang district, and is one of the landmarks in the Olympics area.

Its extension structure, designed to resemble a Chinese folding fan, covers almost 14,000 metre² over three floors, including one underground. 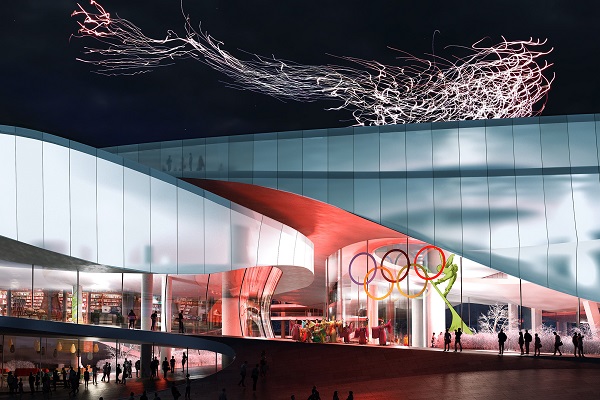 The extension has also taken into account sustainability, including the building of two standard ice hockey rinks, one for the official games and the other for warm-up. The two rinks can also convert quickly between ice rink and regular floor, which provides flexibility for uses after the Games.

In the future, the stadium is planned as a venue for promoting cross-sector cooperation, integrating the ice and snow industry with culture, tourism, and technology.

Designs for the Games’ Winter Olympic Museum have also been revealed.

The first museum of its kind in the world, the Museum will celebrate the 2022 Games and aims to encourage over 300 million people in China to participate to winter sports.

To be located as part of the Zhangjiakou cluster of venues in Chongli District, Hebei Province - 200 kilometres north west of Beijing - the Museum will include an Olympic Academy with libraries, a Youth Olympic Training Centre, a Mountain Sports Centre and commercial and conference facilities. Designed by architects maison h, the Games legacy project integrates the surrounding landscape, the existing ski resorts, 2022 Olympic developments, within an 18 hectare site.