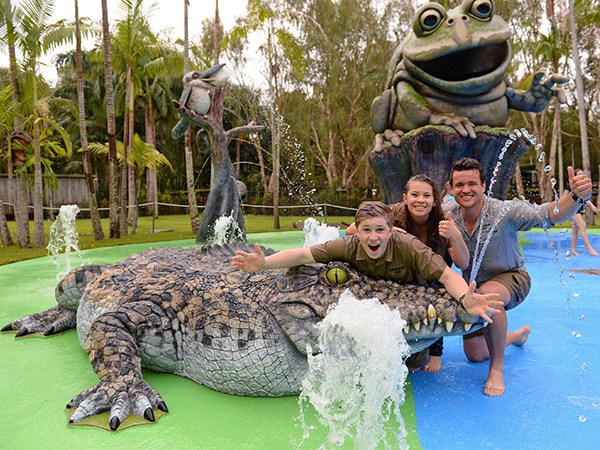 The Queensland Government has today announced it will partner with Australia Zoo to deliver an $8 million wildlife camping experience on the Sunshine Coast.

Minister Jones said while the Sunshine Coast was known for its beaches and other major attractions, the new ‘Camp Croc Hunter’ project would give domestic and international tourists another reason to visit the region.

“That’s why we need to support the local tourism industry.

Minister Jones envisages the project would provide a 108-site camping ground designed to provide the full range of camping experiences which is expected to attract more than 39,000 annual visitors and contribute up to $4.5 million in visitor expenditure a year to the region, adding "we’re talking about tent accommodation to caravan and RV powered sites to glamping-style tents and eco cabins."

Minister Jones said the $36 million Growing Tourism Infrastructure Fund was the first of its kind in Australia – enabling the government to partner with tourism operators to build new tourism attractions.

Australia Zoo’s Dr Terri Irwin welcomed the grant from the Growing Tourism Infrastructure Fund and said it would be a great boost for Queensland’s tourism industry.

Dr Irwin advised “our tourism partnership with the Queensland Government will enable Australia Zoo to employ more people in the Sunshine Coast region, encourage visitors to stay longer, and increase spending within our community which is fantastic for our local economy.

“’Camp Crocodile Hunter’ will be open in 2020 as part of our Australia Zoo 50th anniversary celebrations."

“Australia Zoo is a globally recognised premium tourism attraction for our region and this exciting expansion inclusive of glamping accommodation will not only entice more visitors but also convert day-trip visitors to stay longer and spend more.”