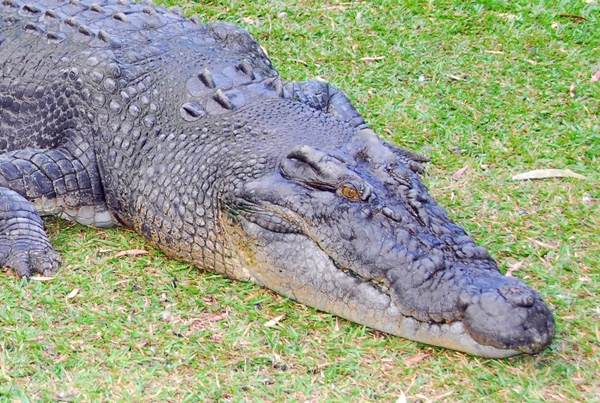 Terri Irwin, owner of Australia Zoo, has spoken against the Queensland Government's decision to allow crocodile egg harvesting in Queensland.

Changing environmental laws to allow crocodile farms to increase their egg production, by compromising wild crocodiles, is akin to the decision China was considering by lifting the ban on farmed rhino and tiger products. Decisions like these only further jeopardise animals in the wild and further enable the illegal trade in wildlife products.

Rolling back the Protection Laws for a vulnerable species is not dissimilar to the Government's decision to roll back the protection afforded by the Endangered Species Act in the United States. These are both poorly designed plans, which focus on the consumptive use of wildlife with no consideration of the science demonstrating the catastrophic effect on the environment.

“The Queensland State Government is destroying the future generations of an apex predator by allowing the removal of eggs from nests in our most pristine, wild environments," Irwin said.

“This flies in the face of the most comprehensive research conducted on crocodiles. Compromising an apex predator initiates a trophic cascade effect, which will reduce the abundance of other animals in the ecosystem. The effect of this decision does not bode well for fishing and crabbing industries."

“This new legislation provides no oversight by the Department of Environment and Science to ensure eggs collected are within the prescribed limits, or the ability to determine the impact on crocodile populations by removing their eggs. The responsibility for the scientific monitoring of crocodile numbers falls to the crocodile farmer. This clearly fails at sound policing and scientific research."

“Captive wildlife is required to be identified by DNA. The introduction of a variety of DNA through the collection of thousands of new crocodiles completely eliminates the ability to keep track of the individual animal, its meat, or its skins. This is the challenge we face around the world to eliminate the illegal trade in wildlife. This new legislation enables this illegal trade."

“Australia Zoo has made numerous representations to the State Government providing scientific evidence of the detrimental impacts of crocodile egg harvesting. The science has been ignored," she said.

“There is currently little oversight of the operation of crocodile farms, with poor farming practices and animal welfare outcomes; this regulation change does not alter that. In fact, there appears to be a further weakening of supervision.

Irwin calls on the State Government to reverse this decision and complete the necessary scientific research on crocodile populations before considering such an environmentally dangerous precedent affecting our vulnerable native wildlife.

Irwin is encouraging support and inviting the signing of a petition at www.australiazoo.com.au/petition/