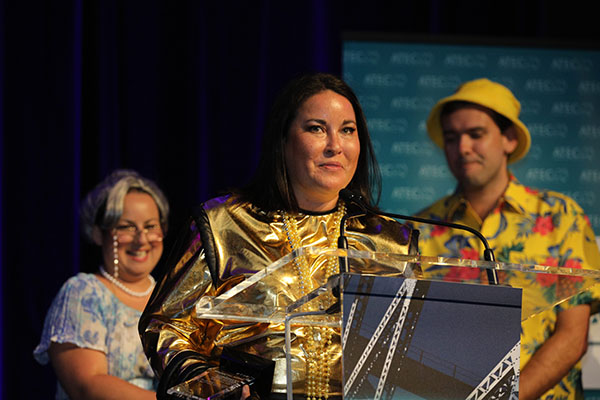 The Australian Tourism Export Council’s (ATEC) annual Awards of Excellence were announced last night (27th November) at Brisbane’s Howard Smith Wharves recognising the most outstanding achievements and contributions across the export tourism industry, including the young achiever of the year award.

This year’s prestigious Captain Trevor Haworth Outstanding Contribution by an Individual to the Tourism Export Industry has been awarded to Caroline Densley (pictured below) from Diverse Travel in South Australia. 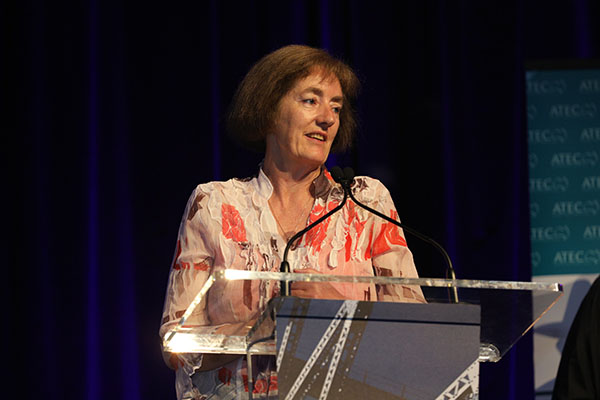 “Her commitment to developing tourism experiences in regional Australia, along with helping small tourism business with unique offering to gain access to the international market, is a legacy she can be proud of.”

Three outstanding young ATEC members have this year been awarded with Mike Webley of Pinnacle Tourism Marketing in Cairns, Jesse Hornblow from WA’s Pearls of Australia and Chantelle Khan from Viator/Tripadvisor picking up the Len Taylor Young ATEC Award for Leadership (pictured top).

Shelley advises “These three young industry leaders have shown great initiative, commitment and innovation in the way they have taken on their roles and helped to build the strength of the tourism businesses they work in as well as implement genuine leadership initiatives within their local communities.” 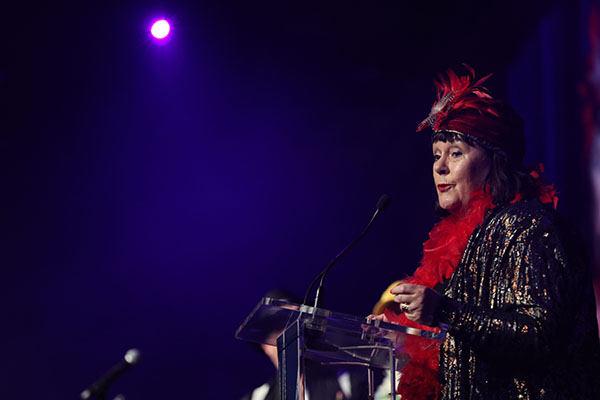 The Outstanding Contribution by an individual to ATEC or an ATEC Branch was awarded to Go Beyond Melbourne’s Alva Hemming (pictured above) while ATEC’s Branch of the Year was awarded to Western Australia.

Shelley added “Alva has been an amazing ambassador for inbound tourism in Victoria for many years and is a highly respected and worthy recipient of this award.”

"The Western Australian Branch has been ATEC’s over-achiever for the second consecutive year. The collective efforts of the branch have been reflected in significant membership growth as well as the development and delivery of leading training programs for the state of WA."

Shelley congratulated all winners, concluding that “these are the individuals who work hard to make our industry exceptional.”