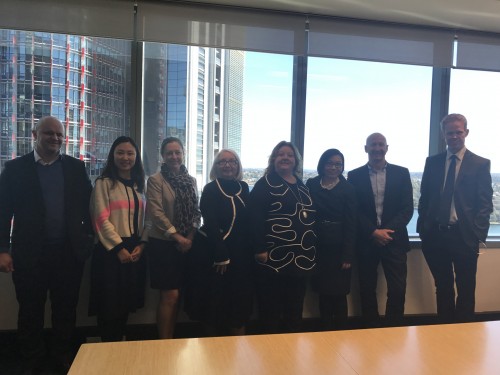 The Australian Tourism Export Council (ATEC) has announced the launch of a major new training program aimed at increasing the number of bilingual tour guides and improving the quality of service for Chinese visitors to Australia.

ATEC has partnered with TAFE NSW to develop the course that will form part of the Certificate IV in Guiding, including core and industry-defined content with graduates receiving a ‘Statement of Attainment’ from TAFE NSW.

“Ensuring we provide proficient, quality bilingual guides, with an ability to enhance the visitor experience, is an important factor in our continued success in this lucrative market.

“The growing number of Chinese visitors across the globe, and particularly in competing destinations such as Thailand, Indonesia, Korea and Malaysia, is leading to supply side-shortages across the region.

“At present there is a real shortage of qualified, trained tour guides servicing the Chinese inbound market and this course will help to address this shortage as well as ensure the industry has a strong group from which to recruit quality guides.”

The current Chinese Approved Destination Status Code of Conduct requires guides to have specific skills and qualifications in order to operate as tour guides for Chinese tour groups and there is strong demand for quality guides.

Shelley said this new course has been developed with the support of Commonwealth funding, with ATEC co-ordinating the project and leading engagement with the industry.

He added “it’s important that the industry embraces these qualified guides once they have completed training and for that reason ATEC is committed to involving the industry from the very beginning of the project.”

The course will be developed over the coming months with the first tour guides expected to graduate from the pilot program around by the end of the year.