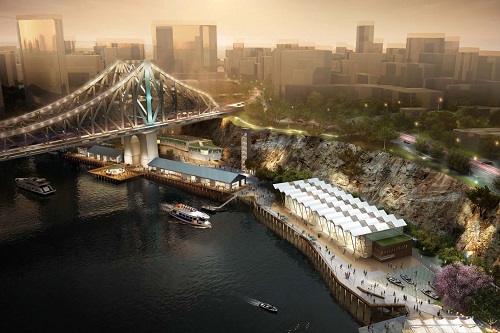 The developers behind the Howard Smith Wharves project on the banks of the Brisbane River have confirmed that its events venue, Howard’s Hall, will open in November.

Designed by Woods Bagot, the 1,100 metre² space already has bookings until 2022.

Introducing the new venue, Mark Damant, Principal Director at Woods Bagot explains “this is going to become one of the city’s most memorable spaces, set against one of its most heroic views.

“The panorama it offers is absolutely incredible: the arches of Story Bridge, looking back at the city, across to Kangaroo Point and down the New Farm reach of the Brisbane River. 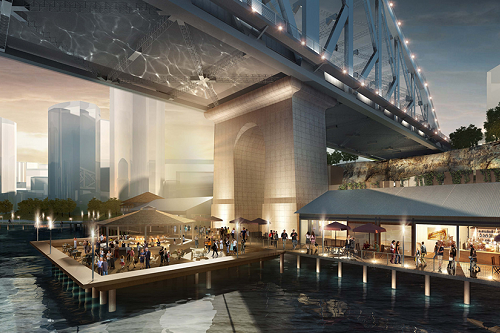 With a capacity of 1,200 people and the ability to use outdoor spaces to extend capacities, the venue features include retractable floor-to-ceiling windows, rooftop terraces and rooms of varying sizes that allow multiple events to be hosted at once.