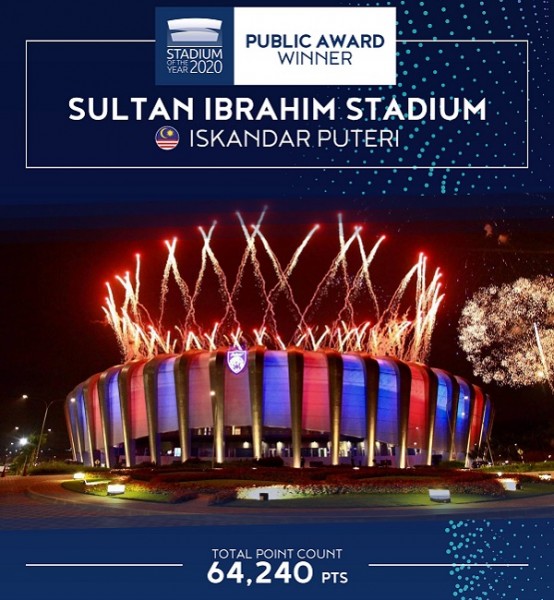 Asian stadia have won in two of the top three public vote categories at StadiumDB’s annual sports venue, with Sultan Ibrahim Stadium at Iskandar Puteri in the Malaysian state of Johor named Stadium of the Year.

Commenting on the voting, the judges advised that the “public vote for Sultan Ibrahim Stadiumn  wasn’t an obvious bet but among the predictable ones (but) the growing power from Johor left no doubt.”

Allegiant Stadium in the US city of Las Vegas came second in the vote, while the Ahmad bin Ali Stadium in Doha, Qatar came in third.

Out of the votes cast for the Sultan Ibrahim Stadium, over half came from south east Asia with the Johor Southern Tigers (JDT) announcing the vote and encouraging fans on social media to take part.

In total, votes came in from approximately 100 countries and territories.

In the Jury Award, SoFi Stadium in the San Francisco Bay Area of California, USA was named Stadium of the Year.

The 60,000-seat venue Xi’an OSC Stadium is capped by a steel dome which gives it a unique shape, nicknamed the 'pomegranate flower'. 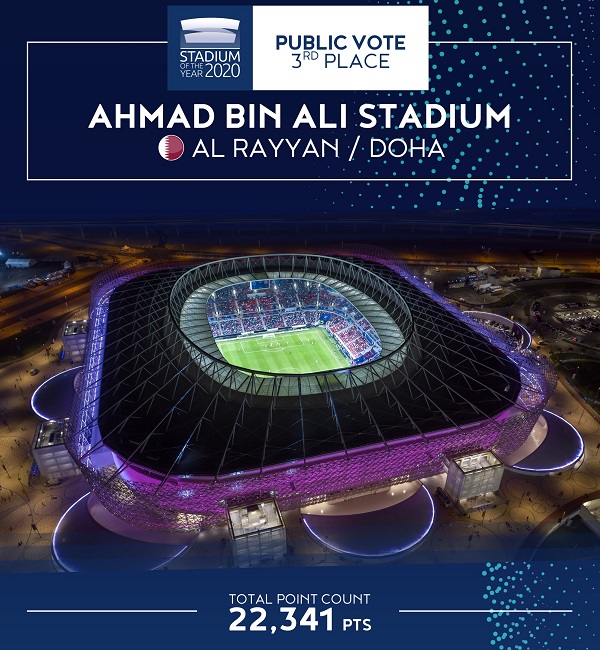 It also takes advantage of advanced technologies including 5G wireless communication and face-recognition technologies to improve athletes’ performance and the audience’s experience.

The Queensland Country Bank Stadium in Townsville was also under consideration for the Awards, but failed to make the shortlist.

Michal Karas, Editor-in-Chief of Award organiser StadiumDB.com, advised "while Stadiums Queensland have been very helpful during the competition, there doesn't seem to be much enthusiasm locally (and) the Cowboys decided not to get involved."

Click here for the more information on the StadiumDB awards.