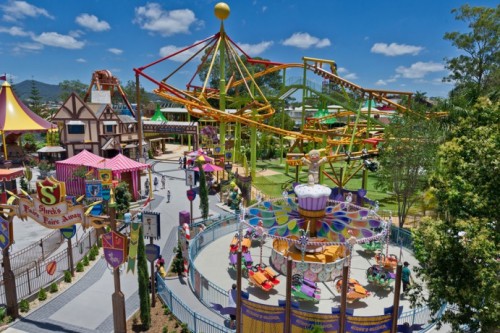 Dreamworld owner Ardent Leisure has announced that it is to borrow $225 million as part of an investment plan for the business.

In an announcement to the ASX on Friday, the Group said it would borrow $225 million through its US-based Main Event business, using part of the refinanced funds to pay off the company’s bank loans, which its half-yearly accounts said were $97.6 million.

$80 million will also be used for investment in Ardent's attractions, with the Gold Coast Bulletin reporting that Dreamworld Chief Executive John Osborne hinting at major announcements “in the very near future”.

“I’m really pumped about making sure we get back to a profitable situation and the refinance gives us the opportunity to start making some announcements in the very near future.

"We want to increase and replace some of the attractions we’ve got (and) I’d certainly be looking at a new major thrill ride for the park - probably two.”

Osborne added that Dreamworld's staff were focused on running its current offerings well, with more rides in operation as of last Friday than had operated at any one time for the past two years.

He went on to tell the Gold Coast Bulletin “we want to keep growing the business and reinvigorating its reputation and getting it back to being the icon that it always has been.”

Ardent Leisure logged a $21.8 million loss for the first six months of the financial year as costs and falling visitor numbers following the deaths of four guest on Dreamworld's Thunder River Rapids ride in 2016 continued to affect its financial performance.

Last month the Queensland Government announced it would spend $2.7 million in partnership with Dreamworld to expand the park’s Corroboree and wildlife area.

The 25-year-old Wipeout was decommissioned in March and the site of the former Thunder River Rapids Ride has been completely cleared while the park prepares to launch its Sky Voyager virtual reality ride.